Can Paul Phua Case Be Dismissed With New Information? 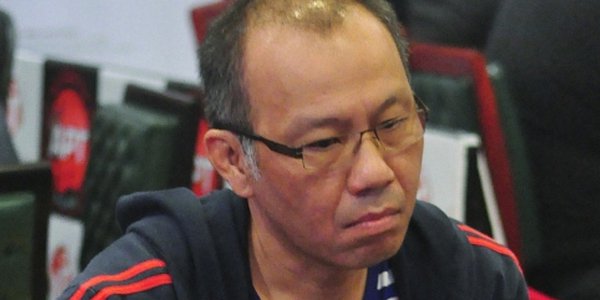 There’s new information available in connection to the arrest of Paul Phua and 7 others, which might lead to case dismissal.

The story of Paul Phua and his allegedly illegal ways to bet on sports in the US, happened at Caesars Palace in Las Vegas during the World Cup, continues with more details. After the warrantless searches in connection to his case, the defense has naturally submitted a long list of allegations that the authorities did indeed broke the law, but now there’s some new information on the case.

New information has been shared about the Paul Phua case

Phua and seven other individuals were arrested in July over alleged illegal gambling being carried out at three Caesars suites, breaking American gambling laws. According to the official figures the accused have processed over $300 million in illegal bets via the super-high-speed internet connection they made Caesars install at their villas.

They are now represented by some of the most renowned lawyers, who continue to wage a war on indictments, shoving evidence that the FBI agents and other law enforcement representatives broke their defendants’ “right to privacy”.

Besides using illegal techniques to spy on Phua and conducting a search without warrants, the agents have also been to the villas in question several times prior to the arrest disguised as technicians, and according to the defense, may even have falsified documents related to the case.

The case of the renowned guru, who learned to play poker in Malaysia, continues with new information. Constant monitoring of “whales” at Caesars, massive lines of credit, and even substantial backing of gamers for their participation in 2014 Big One for One Drop charity poker tournament, where the buy-in is a whopping $1 million.

According to American gambling news, it’s now a question whether the case gets dismissed. And by the looks of it – it really should, provided the illicit measures the authorities have taken to get their hands on the information prior to arrests.

Information to break the case

It has been made pretty clear by the investigators that the three villas, where the alleged culprits stayed, were the centers for processing the illegal betting. The new developments show that despite the fact that all three villas had indeed received special internet connections, it was only being used in one of them.

According to early reports there were eight computers, each fitted with three monitors, being used in that one villa. But at the time of the arrests, there were only five PCs present in the villa in question. The added internet services were outsourced to a Utah company at a very significant cost of $22,000, and all the expenditures were approved by Caesars marketing representative, working with the Asian whales.

There were only eight people arrested in July, but there was a significantly bigger number visiting the villas during the World Cup in Brazil. The basis for searches and arrests was the relationship between the defendants and other visitors, which included the shared casino credit.

The credit line, accessed by the high-rollers in questions and their entourage, amounted to almost $100 million. Overall 27 people gained access to credit, including $16 million going to Paul Phua. One of the members of the group has wired $5 million to Caesars as front money and also offered another $4 million in certified checks.

The Big One for One Drop connection.

Poker connection in the case is quite significant. Documents collected during the investigation suggest that cash wires were used to pay for the $1 million buy-in for at least three of the Big One for One Drop participants, held in early-July.

According to Caesars documentation, the group backed Phillip Gruissem, Stanley Choi, and Igor Kurganov at the charity poker event. Paul Phua, Richard Yong, and Chun Lei Zhou, have pulled out of the poker event following their initial desire to participate.

Despite them not playing, they still honored their agreement to back the others. The massive poker event has later become renowned for the boorish behavior of the winner, Daniel Colman. The three men backed by the Asian group all busted out on Day 1.

Right after the arrests were made, a Nevada United States Attorneys press release was quoted, saying that Paul Phua was a notorious member of the 14K Triads – Asian based crime organization, focusing on illegal sports betting.

Additional information, released during the last couple of weeks, suggests that Richard Yong was also a 14K Triad member. There’s no information, however, on any of the other defendants being connected to the organized crime ring.

The case investigators from Caesars and the federal agents involved in the case were aware of the other arrests made in Macau, prior to the group’s arrival to Las Vegas. They have worked closely with Macau and Hong Kong officials to learn who will accompany Yong, Hui Tang, and Phua.

It’s yet to be seen if the case against the Asian group holds, and just what might be its outcome. According to the latest information it might take months or even years for either decision to be made.