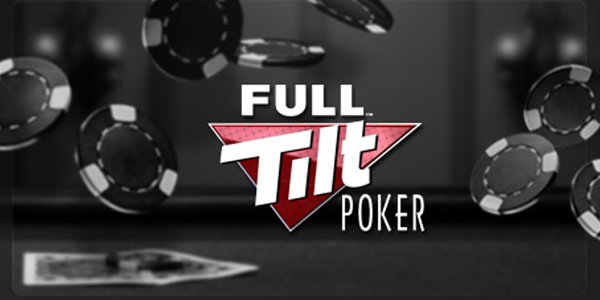 Garden City Group has repaid around $1.8 million to former Full Tilt Players, but there’s still much more to follow.

Last month, American poker players who former Full Tilt Poker members, received a wave of refunds from Garden City Group (GCG). The refunds were in line with the procedure and dates first announced by John Pappas, Poker Players Alliance executive director, after he got updates from the Department of Justice.

• However, there’s still a long way to go until everyone receives refunds

• GCG was appointed by Department of Justice under American gambling laws

GCG was appointed by the US Department of Justice to handle the refunds of Full Tilt Poker to former US players under American gambling laws. The last tranche of refund amounted to $1.8 million in electronic payments.

Here’s what Garden City Group has announced to those about to be repaid:

Reminder for certain Petitioners who were not included in this round of payments:

If you received a notice that your bank account information is incorrect or incomplete, please update your account information online by October 16. If you received a notice because you have a debt qualifying for collection through the Treasury Offset Program, please send your completed Unified Financial Management System Vendor Request Form to GCG as soon as possible. Please continue to check this website for information regarding the next round of payments to approved Petitioners.

The current status of repayments

While nearly 600 payments were made by GCG this September, the question is when the next round of refunds to American poker room members will take place. The $1.8 million figure may seem large, but it’s only about 2% of the total funds repaid until now. To date, over 30,000 American poker player who were members of the site, which exited the USA market after 2011’s event known as Black Friday, were paid around $100 million in total.

As for the international poker players of the online poker site in the United States, they were repaid separately. This was a part of a complicated settlement deal between the Department of Justice and PokerStars, the company which fully acquired Full Tilt Poker with all its debts and continues to operate it in a new legal framework until this date.

The future of refunds

Back to the ongoing refunds in the United States, Pappas, PPA executive director, noted that repaying players with disputed account figure and other special conditions still remains a strong challenge. GCG is in the process of examining thousands of accounts on a case-by-case basis as we speak. The remission process is expected to be extended well into the year 2015.

Pappas commented: “The news is not so great for those of us with disputed claims, but any news is progress. For petitioners who filed a disputed claim — but in the view of the Garden City did not provide sufficient or clear evidence of this dispute — they should expect an email within 60 days notifying them of issues with respect to their claim and be given a time frame in which to provide clarifying information/evidence.”

1. Cash outs near the time of Black Friday (either before or after) where a transfer of funds was never completed or a check bounced. They are still determining the time frame for which these ‘cashouts’ will be accepted as owed to the player without the player having to provide additional documentation.

2. Small discrepancies relative to the overall claim. These will likely be approved without serious investigation by Garden City or additional information provided by the player. I did not get a definition of ‘small discrepancies’ but I suspect it would need to be less than 10 percent of your claim to be considered “small.” Again, this is just my supposition.”

Pappas said that players awaiting refunds should be prepared to wait some more: “If after review of a claim, GCG/DOJ does not agree with the amount requested, the petitioner will be afforded an opportunity to appeal the decision. This process is separate from the deficiency notice process detailed above.”

He concluded: “However, it is unlikely that any disputed claims will be audited and approved for disbursement until Q1 2015. Based on my conversation and this information, it appears there is still much work for Garden City to complete. The wait has been torturous for many and we hope that no one will have to wait beyond early next year to be paid. I expect to have more conversations with the DOJ over the coming weeks and will provide the community with updates as I get new information.”

However sad the news might sound, GCG are doing all in their power to repay as many customers as possible, and the ones still to receive refunds have nothing else to do, but wait and hope for the best.