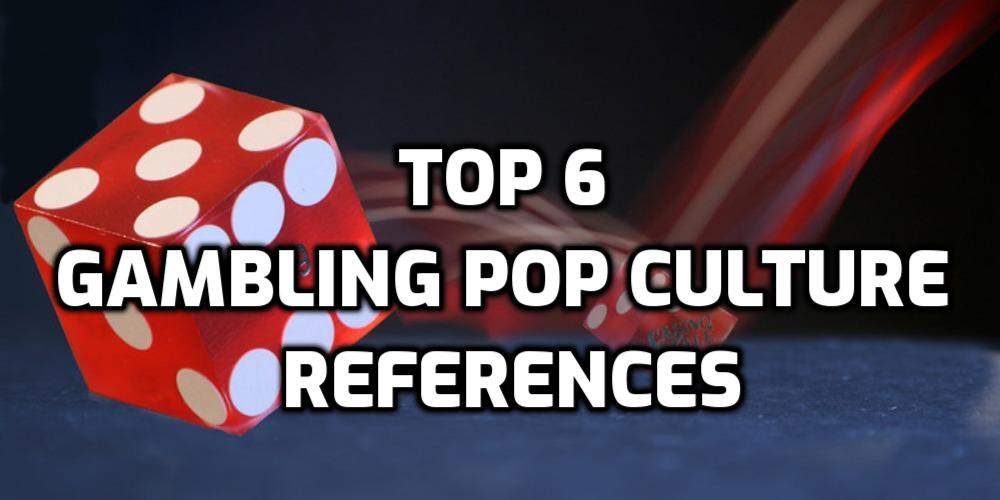 When talking about pop culture and gambling, the same titles are appearing over and over again. While the reason is obviously those pieces being legendary, this list is trying to reflect on smaller yet outstanding pieces. Gambling and pop culture are going hand in hand. There is not a single artist or director that did not reference gambling at least once. People love gambling! This is why online casinos in the US are so popular nowadays. Check out the Top 10 gambling pop culture references.

The Gambler might be one of the greatest references to gambling in pop culture. The plot of the movie is about Jim Bennett, who is a “double agent.” During the day, he is a literature teacher, but during the night, he is a high-stakes gambler. The story is about his complicated situation when he has to take loans and leave his beloved people behind. What further complicates the situation is that a Loan shark takes interest in him, while his romantic affair with his student begins to disturb his private life. He must make a move, and take even higher risks, to be able to clean his life. The story is iconic and fans of gambling might enjoy the movie. This is why it is number one on the top-list of 6 gambling pop culture references.

If you watched Comedy Central in the 2000s. You most likely remember Earl Hickey, the person who keeps chasing Karma’s good side. The series is about him. He won the jackpot in a gas station lottery. Winning $100,000 did not go as he planned, however. He was a bad person before winning, ruining the life of the people around him.

Karma chased him, and as he ran to the streets to celebrate his newfound money, he was hit by a car. In the hospital, he found out that Karma is not going to make his life easy unless he makes up for the bad things he did. So he writes a list of names with his bad deeds attached to them. He uses the money to make up for the wrongs he did. This series is extremely entertaining and amusing. The show also includes several gambling references on its own.

The viral video game called Fallout: New Vegas is introducing a post-apocalyptic Las Vegas. In the trailer of the game, you can see several references to famous Vegas casinos. Smooth oldies playing under the scenery of Vegas turning into a wasteland. The game includes all sorts of gambling mini-games you can play during the game. You can play blackjack, or try your luck with the slot machines. The game can also teach you the basics of playing roulette or poker. It is a rather interesting game. According to Fraghero, Fallout 4 is a terrible game, however, it was awaited due to legendary games such as Fallout: New Vegas. A title is worthy to be mentioned in the top 6 gambling pop culture references.

We can’t talk about pop culture without mentioning at least one superhero. This one is similar to League of Legends Twisted Fate. Because Gambit is using the same type of magic Twisted Fate uses. He is using cards and gambling tools in order to present his superpower. He is also using gambling cheats, such as Twisted Fate’s loaded dice. His name, Gambit is a famous chess move, when you sacrifice a pawn in order to receive a territorial advantage. Marvel decided to not give fans the sought-after Gambit movie. Marvel fans were dissapointed with the lack of Gambit movie. So they decided to make their own. You can watch it on Youtube.

In the last few years, League of Legends has grown in popularity. If you are traveling to Korea, you can see the streets filled with billboards of their pro players. With the advertisement of certain products carrying League players and champions. One of these champions is Twisted Fate.

One of the main characters of the superstar player Faker. He is a mage, who uses playing cards to activate his spells. And he also has loaded dice to get extra gold. Twisted Fate is a super popular champion. Riot Games is often using him as their frontrunner of media. Videos such as “A Twist of Fate” or “Double-Double-Cross”.

The song was published in 2008. And it was playing every minute on every radio station. Streamed on television, and to the surprise of the artist, it became iconic. I am sure you remember the times when your classmates were listening to it on their headphones. Or when you and your co-workers were listening to this during work. The entirety of the song consists of references to gambling. From the lyrics to the choreography. According to Thelist, the song is filled with controversial meanings and symbolism. Whether someone likes that or not, it is undeniable that the song enjoyed large amassing popularity when it was released.

These top 6 gambling pop culture references are the best representations of gambling in our modern media. When you are researching entertainment and gambling, you can find all sorts of mediums to enjoy. Games, shows, movies, songs. But you can also follow real-world tournaments of course. But the thrill of gambling is the best when you are the player. You can visit online casinos, such as Ignition Casino, and make your own success story. Which one of these references is your favorite from the list?