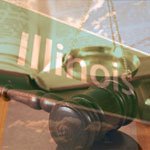 This week a panel of lawmakers in Illinois shot down a package of reforms intended to regulate the video poker industry in the state. According to reports, the reforms would have closed loopholes which allow unlicensed middlemen to operate gambling machines in places of entertainment.

In November the state’s gaming board proposed regulatory changes that would have barred any unlicensed people from involvement in gambling machines. Currently they work as middlemen, signing contracts with bars then selling the contracts to licenses gaming providers.

While online poker sites in America are not legal in the state, video poker machines can be placed in bars by licensed operators.

According to a critical report, the “Joint Committee on Administrative Rules rejected the reforms without question or warning.” The gaming board expected approval for the regulations, and was reportedly stunned by the decision.

According to American gambling laws, states are free to make their own regulations. Illinois has relatively strict rules overall, not allowing online gambling. However, there are 13,778 gaming machines currently operating in the state. This has drawn the ire of many gambling averse citizens, including those most critical of the committee’s decision.