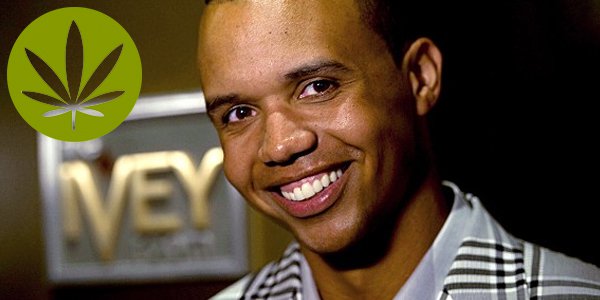 American poker room legend Phil Ivey has conquered every milestone in the world of poker, and now he’s trying his hand in the world of business. The business of medical marijuana, that is.

Ivey was one of 26 individuals this past week issued licenses by the Las Vegas City Council to operate medicinal marijuana dispensaries. While he now holds a license, he will have to obtain approval from the Nevada Health Department.

Medicinal marijuana was only recently legalized in the state of Nevada, which is why Las Vegas is issuing dispensary licenses for the first time. All sales of marijuana are illegal according to federal law, although the Obama administration has pledged to defer to state lawmakers on the issue.

Ivey is now semi-retired after winning 10 World Series of Poker bracelets and almost $30 million in live tournament winnings. He’s looking to add to that by entering the newly-legitimate business.

Given the success of medicinal sales in nearby California, there is reason to believe that Ivey’s new business will be highly profitable.

Ivey has made gambling news as well as starred in the tabloids in recent years, including a high-profile case in which he was found guilty of cheating in a London casino, as well as personal connections to Hong Kong gangster Paul Phua.