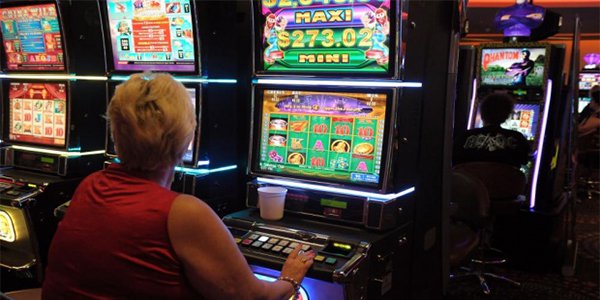 In efforts for customers to play with biggest stakes, some gaming facilities had to bypass new pokie reforms.

Three years ago, Australian politician Andrew Wilkie introduced poker machine reforms, which were met with a backlash from the gaming industry. Gambling news reports many investors that had significant interest in casinos that boasted poker machines immediately became worried that their business would be compromised. Luckily for them, new developments came about recently, which brought on improved services for their large customer base.

Poker machine smart cards in New South Wales casinos and hotels now have the capacity to be loaded with all the way up to AUD 5,000, which makes quite a difference from the previous gaming methods that allowed only AUD 200. The conservatives and anti-gambling parties are all against the increase, which means that people have the power to gamble away large sums of money.

In 2010, the Productivity Commission released a report that highlighted the elements at play for players that experienced a problem with gambling. The study laid out a recommendation that “cash input levels” ought to be fixed at AUD 20 for the use of poker machines, as the Commission believed this would prevent gambling abuse. This amount is thought of as the ideal limit which would prevent problem gamblers from any dangers, while recreational gamblers would be affected by a very miniscule degree.

The state governments all across Australia supposedly have a great relationship with the casino operators, and this new deal is just one of the agreements between the two parties involved. Many opponents believe that this serves as a deadly blow to any efforts in trying to minimize gambling problems. The slackened Australian gambling laws regarding the poker machines is considered to serve a major blow to any future gaming regulations.

The agreements between the governments and New South Wales (NSW) casinos are perhaps best highlighted when election time is set to take place. Over the years many officials have repeatedly signed deals with the NSW clubs that they would receive the necessary political support, in exchange for loosened gambling laws. Although the current NSW election period has not yet disclosed the political donations involved, the public is aware of what occurred for the 2010 elections.

Five years ago Clubs NSW provided a hefty sum to the NSW Liberal party, while in return they expected to receive favorable regulations which would allow them to build on their gaming systems. It is believed that the party got a donation that exceeded the AUD 200,000 mark, just two months after they signed a deal with Clubs NSW. This obviously didn’t go well with all the supporters of anti-gambling , as they viewed this as a case of shady and immoral dealings.

Officials have a tendency to alter regulations

The AUD 200,000 figure is only a fraction compared to the AUD 2.5 million donation received by the ruling Labor party in the Australian Capital Territory from a wide network of affiliated clubs in 2013-14. What’s even more interesting is that merely three days before Christmas of 2014, the gambling and racing official decided to allow pokies to accept AUD 50 notes in order to capitalize during the holiday festivities. However, later he had to revert to the previous system, after succumbing to pressure from the local press.

In recent times new regulations have been approved which will see low denomination poker machines replaced with pokies that have the power to accept much larger payments. These pokies were designed as high-intensity machines that are cause for concern for many problem gamblers. And that is not all, as the new laws will allow for the fixed cap on machines units to be replaced with the one that will rise according to the population numbers. All of these developments are a part of the common understanding between the gaming industry and the local governments.

Last year Queensland suffered a similar case, whereby many anti-gambling parties raised their voices as they believed problem gamblers didn’t stand a chance with the news regulations. Pokie machine reforms were introduced in the state, however they were met with minimal support from the local residents, according to internet casinos. Although the law changes have not been greeted with a warm welcome, new casino developments were cause for celebration for many.

Over the past 24 months, the Australian government issued 4 new casino licenses, establishments that would feature some of the best Australian poker rooms. This prospect delights many corners of the population of job creation that stands to come about from the new gaming facilities. In addition, Tasmanian officials have also announced plans that they are looking at possibilities of releasing their third casino license. Overall, the gaming developments are looking rather large as both positives and negatives can be drawn out of the deals.