Positive Internet Gambling Reform in Brazil May be Closer than Ever

Back in 2009, the Brazilian senate was to consider a bill that was based on America’s Unlawful Internet Gambling Enforcement Act (UIGEA) 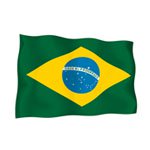 Back in 2009, the Brazilian senate was to consider a bill that was based on America’s Unlawful Internet Gambling Enforcement Act (UIGEA) in order to modify existing Brazilian gambling laws. As in the U.S., the bill would put pressure on the country’s financial institutions to stop processing transactions between citizens and online gambling websites.

That bill was first introduced by senator Magno Malta and was said to be favored by President Luiz Inácio Lula de Silva enough to be forecast for passage by the end of this year. However, the bill has not yet passed and little movement on it has occurred beyond the senatorial companion legislation added in August that would require Brazilian ISPs to block access to prohibited sites along with a parallel ban on child pornography.

If passed, the bill would be highly restrictive, though like the UIGEA in the U.S., seems mostly toothless in terms of potential enforcement. Even sponsoring senator Alves Filho admitted that “is not possible to punish those responsible for electronic sites based in other countries.”

In November, da Silva’s ally, minister José Mucio Monteiro negotiating to legalize bricks-and-mortar casinos in Brazil, in light of the fact each of the world’s 20 developing nations has a system for legal gambling in place – and most of these have online gambling laws as well.

Legalized gambling in Brazil could generate up to 300,000 jobs and $10 billion in government revenue per year. Estimates put current legal wagering by Brazilians at online casinos at $4 billion per year and, thanks to the spike in World Cup wagering and increasing to play online poker in Brazil as of late, players like Bwin, 888, Betsson, Poker Stars, and Sporting Bet already have a strong presence in Brazil.

Right now, however, both sides appear to be in something of a limbo and despite President da Silva’s former enthusiasm for the hardline stance of an UIGEA-like bill, this possibility now seems unlikely to pass before 2011, if ever. In fact, the pendulum is probably swinging the other way, as many pro-gambling advocates have pointed out the advantages of legalization in time to host the World Cup in 2014.