Enjoy “daily Legends” daily PartyPoker tournaments up until 19th November. Get a chance to land additional daily rewards with a buy-in $5.50 or more. 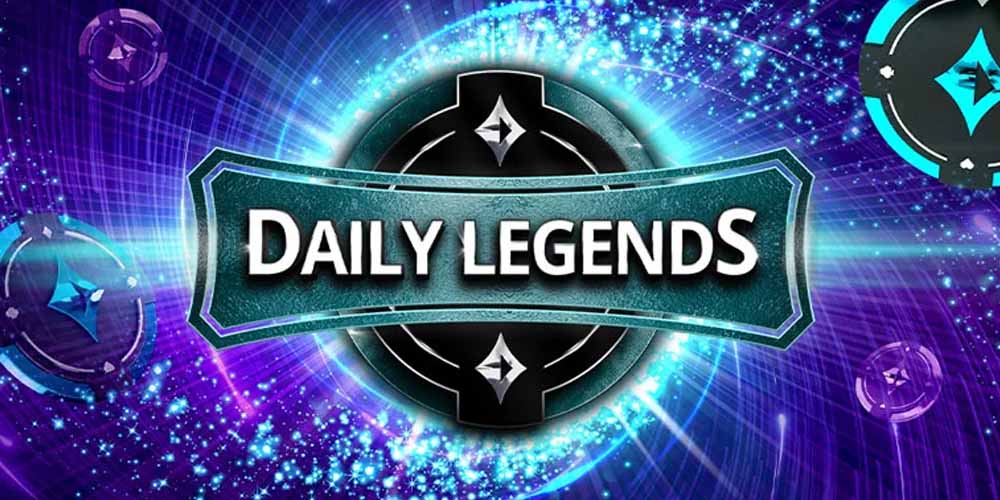 You get a chance to keep participating in the amazing “Daily Legends” daily PartyPoker tournaments until 19th November. The tournament action never stops at partypoker, and they’re ramping it up even further with a full month of boosted tournaments!

Play one of the selected ‘Daily Legends’ for the chance to land an additional daily reward. The buy-in starts from just $5.50. Moreover, you could be rewarded for the first tournament they finish playing every day.

Also, PartyPoker removed the “No Reward” option and amended the game probabilities!

So, Daily Legends tournaments include: The Flash, The HeadHunter, The Magnificent 7, The Blade, The Terminator, The Five Diamond, The Clásico, The Ocean’s, The Spartan, The Superstack, The Ninja: or any “super” variation of these tournaments. Please follow this page as eligible tournaments might be added or removed.

After you’ve finished playing in your first Daily Legends tournament each day, you’ll receive a message telling you whether you’ve won a prize.

Each Boosted Daily Legend offers a different selection of added prizes, including:

There has never been a better time to play MTTs!

Additionally, There are more chances of finishing in-the-money with partypoker as they provide quality, authentic tournaments.

Boosted Daily Legends provide a little extra, but all our Daily Legends tournaments give you a better chance of finishing in the money. Here’s how:

No HUDs or bots: The playing field is level as everybody has the same tools…your cards and your brain!

Limited re-entries: Maximum 1 re-entry per player! You won’t face opponents who can use their deep bankrolls to increase their chances of winning by continuously re-buying.

Limited late registration: You don’t have to worry about ‘value hunters,’ just players who want to compete in a fair tournament.

Also, don’t forget to check our latest review about PartyPoker to learn more about the advantages and other promotions this site offers.

Check out the latest online poker promotions ! To learn more about the best Online poker Sites in , have a look at the Online poker Reviews section.