Bet on Jorge Linares to Knock Down Mercito Gesta

News >Bet on Jorge Linares to Knock Down Mercito Gesta 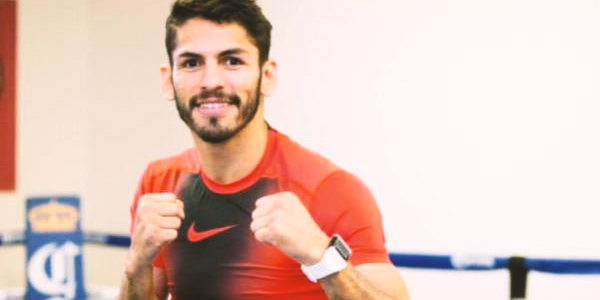 On January 27 the Filipino underdog boxer Mercito ‘No Mercy’ Gesta will challenge the Venezuelan Jorge Linares for the WBA and the Ring lightweight belts at the Forum in Inglewood, California. Can we expect Jorge Linares to knock down Mercito Gesta?

The fight night won’t be the first time for the boxers to share the ring. They both trained together five years ago when Freddie Roach coached the Venezuelan long-time lightweight titleholder. Yet in the past ten years Linares won four titles in three weight classes unlike his opponent who only had one shot for a world title and was out boxed and outpointed in 2012. Online sportsbooks in the US expect Jorge Linares to knock down Mercito Gesta, or at least that he will dominate every round of the fight.

The 30-year-old Gesta, 31-1-2 (17), is perceived by online sportsbooks to be the ideal opponent for Linares to get an easy win. The reason is that although the Filipino boxer has won five of his last six bouts, including a stoppage victory over Martin Honorio last July, he did not fight against big names in his pro career, except one failed attempt in 2012.

In 2012 Gesta who is 14 placed in the World Boxing Association’s rankings, had his first and only shot for a world lightweight title, but he was outclassed by then IBF Lightweight titlist Miguel Vazquez. Now as he heads into his second attempt at a world title, many predict that this fight is overmatched and could wind up being really one-sided unless Gesta comes into the fight with the perfect game plan.

Jorge Linares has a 43-3 win-loss record, with 27 wins by knockout. He has won 12 consecutive matches since 2012. The 3 times that Linares has lost during his 15-year pro career, he faced big punchers such as Juan Carlos Salgado, Antonio DeMarco and Sergio Thompson. Gesta will have a chance if he can fight the way those guys did with Linares, which is heavily unexpected so far.

However the long-time lightweight titleholder is already looking past Gesta and angling for a fight against one of today’s pound-for-pound best in Vasyl Lomachenko. Gesta being overlooked by Linares may give him a chance to head into the fight with fire and surprise everybody. He may succeed in giving some heavy-handed punches if Linares does not take the fight very seriously.

Where to bet on boxing ring?

We recommend you to visit Unibet Sportsbook. The site has some of the best betting odds on the professional world boxing fights. Since Jorge Linares has the upper hand to win the fight maybe even with a knockdown, the odds are 1.02 for him to be an outright winner, while the odds for the underdog Mercito Gesta are 13.00.