Exciting La Liga Season Ahead of Us – Part 1 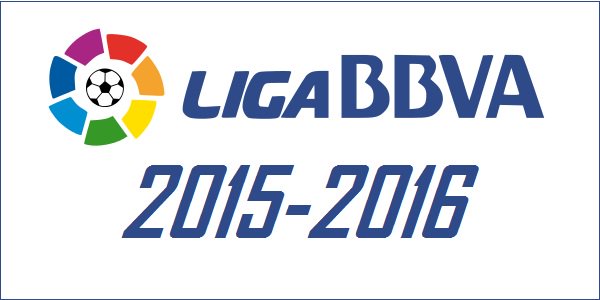 The La Liga season always brings great excitements and emotional matches. The same is expected from this year’s encounters.

The new La Liga season is on the edge of getting started, however still many things remain unclear. The first game day of the season 2015-16 will be held on the weekend between 21-23 August.

Most teams have already finished strengthening their squads, but there is still time for improvements. Our intention was to detect which team starts with what expectations and what chances towards the new La Liga season.

The newly promoted teams expect to stay in La Liga

Spanish gambling news report that the new-old participants of the Liga BBVA will be Real Betis, Sporting Gijón and UD Las Palmas. Las Palmas were really close to promotion last season as well, however, eventually Córdoba managed to equalize in the last seconds of an incredibly dramatic encounter.

Las Palmas got promoted upon defeating Zaragoza in the play-off final, while Sporting Gijón finished in the second position, due to which they were immediate participants in the new La Liga season. The champions of the second division were Real Betis, so the derby of Sevilla will make a return to Spanish football. It is a great news for football enthusiasts as the matches between these two teams are always very passionate.

Online betting sites do not place too much faith into these teams. Bet365 Sportsbook believes that Sporting Gijón is a sure tem to relegate by the end of the season. The online bookmaker sets the odds for Gijón’s unsuccessful season at 1.73 (8/11), while those for Las Palmas are at 1.67 (4/6). However, they do have faith in the Andalusian team as Betis’ relegation is on odds of 5.50 (9/2).

According to their performances in the last season, Eibar deserved to leave the first division as they finished in the 18th position. However, Elche, who finished in the 13th position, has been relegated by the LFP (Spanish Football Association) due to administration issues. Hence, they kept Eibar in the Liga BBVA for another year, but they are one of the main candidates for relegation.

Granada and Deportivo La Coruna collected 35 points last season, same amount as Eibar did. In addition, they didn’t manage to strengthen their squads accordingly to their expectations towards the new La Liga season. Granada lost their best central defender, the Colombian Jeison Murillo to Inter, while Manuel Iturra joined Udinese. The greatest name they captured was Diego Bounanotte, who returned from loan, and Rene Krhin from Inter.

Meanwhile, mobile betting sites report that Deportivo La Coruna mostly tried to build a new squad based on free transfers. Hélder Postiga, Toché and Isaac Cuenca left the club as their contracts expired, while José Rodriguez and Roberto Canella returned to their clubs from loan. To replace them, they signed Cani from Villarreal and Pedro Mosquera from Elche on free transfers, and they also went on loan with Liverpool’s Luis Alberto.

Mid-table sides expect improvements from the next La Liga season

Getafe has been present in the Liga BBVA competition every year ever since their latest promotion, which started in the season 2004-05. They have been a stable mid-table team ever since, however the Madrid-based team have been close to relegation a few times yet they always managed to avoid it. They strengthened their squad with Alvaro Medrán from Real Madrid Castilla and Balázs Megyeri from Olympiakos.

Levante finished in the 14th position in the last season but their squad did not really get any stronger. They lost key players including the likes of Mohamed Sissoko, David Barral, Papakouli Diop and Kalu Uche. Bet365 rates Levante’s chances of relegation at 3.75 (11/4) odds, with which they are among the least favourite sides of staying in the Liga BBVA the next year.

Real Sociedad used to be a decisive factor in Spanish football until 2002, but with the departure of Xabi Alonso, the team also started disappearing from the football world. The San Sebastian-based side finished as 12th last season, and aims for resurrecting the good old days, when they were fighting for the championship. They build slowly with signing players like Bruma and Jonatas. No key player was sold from the Basque side.

Rayo Vallecano ran a great season, but their terrific performances might have reached an end. While having signed only a few players on a free transfer, they had to say farewell to many important figures. The loan contracts for Emiliano Insúa, Gael Kakuta and Javier Aquino have expired so they had to return to their clubs, while Alberto Bueno has also joined FC Porto on a free transfer.

Rayo is expected to do worse than last season, and the same thing is going on with Barcelona’s number 2 team, RCD Espanyol. Real Madrid bought back two of their homegrown players, who were playing for Espanyol – Lucas Vázquez was on loan, while Kiko Casilla was owned by Espanyol. The Catalan side received EUR 6 million for the goalkeeper. They still have time to replace them, but they were very important players for Espanyol during the previous season.

According to the reports of online gambling sites in Spain, Málaga will be able to maintain their top-half finish in the new La Liga season as well. They lost Juanmi, Castillo and Samuel, but they purchased players like Amrabat and Tighadouini in addition to loaning Duje Cop from Cagliari. A good performance can be expected of them, however claiming participation in the Champions League would be a major surprise – Bet365 set the odds for Malaga’s top 4 finish at 34.00 (33/1).