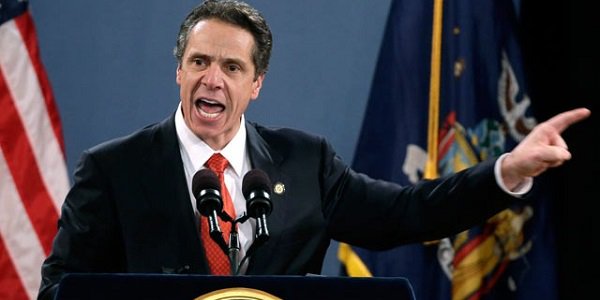 New York State Board favors smaller casino projects near Albany, in New York and in Monticello.

Catskills will soon have Las Vegas-style resort casinos. This is because Governor Andrew M. Cuomo initiated the approval of the New York State Board’s recommendation to develop gambling in New York. In NYC, Mr. Andrew Cuomo of the Democrat Party, who came to office in 2011, is lobbying for the legalization of commercial casinos.

Four projects battled for a license in New York
Of the 3 casinos to be built, none in Orange County
Genting, the Malaysisan casino giant gets license anyway

Cuomo has centered a lot of his economic development efforts during his first term as New York’s Governor on having license granted to build new casinos. Even before the state board’s announcement, he cited the economic benefits and shied away from the possible downfall of the resort proposals, saying “The risk is all on the private sector and we have only upside”.

The resort at Catskills will be located near Albany and on the northern end of the Finger Lakes. Fixtures will include boutique hotels, spas, high-class restaurants, golf resorts. This comes as good news to the troubled states. Thousands of jobs will be provided. Also estimated tax revenues should exceed $300 million. However in Orange County the six applications were rejected.

1,000 commercial and tribal casinos in 39 states

Many believe that New York should tread carefully. Analysts show that those casinos that have already been installed don’t have very high turnover. This is due to an influx of casinos in the Northeast. Indeed, there are already 1,000 commercial and tribal casinos in 39 states.

Besides Las Vegas and Atlantic City, there has been a mushrooming of US poker rooms and other kinds of gambling hubs all over the US. In the nation’s most competitive market, in the Northeast, many casinos and slot parlors are to be found especially in Delaware, Massachusetts Maryland, Pennsylvania and Rhode Island.

Mohegan Sun and Foxwoods, the two tribal casinos in Connecticut dove in too deep and now will have to lay off some of their employees. And although four of Atlantic City’s 12 casinos have closed this year and a fifth tottering on the brink of bankruptcy, the City plans to open up another one.

New York has five tribal casinos upstate and nine slot parlors at racetracks. With more and more casinos closer to New York City, and its 52 million annual visitors, the Gaming Facility Location Board has allowed only 3 out of 4 resorts to be built nearby.

Like that, they may stand a better chance in the rather highly competitive gaming industry. Advocates of the resorts proposals in Catskills were quick to celebrate. The interest groups had lobbied for over fifty years to have ‘full-scale gambling’ in order to save the County from its economic dilemma.

During this long period, the Sullivan County Catskills thought to combine tourism and land based and mobile casino gambling. State Senator John J. Bonacic, a Republican in a district attached to Catskills, said that this ideal solution is about to become a reality.

16 applicants vied for the casino licenses, among them, renowned developers such as The Caesars Entertainment, Hard Rock and Mohegan Sun. All three were excluded, in order to give smaller casinos a fairer chance.

Of those chosen, EPR Properties will build an indoor water park, an entertainment village, hiking trails and zip lines. The Rivers Casino also plans to open up a $300 million hotel perched on a 60-acre waterfront site in Schenectady, west of Albany.

Then there is the Lago Resort & Casino. It will finance and run the $425 million development in the Finger Lakes town of Tyre. The site will be host to thousands of slot machines, a 1,700-seat theater and a 207-room hotel. This proposal won over an opposition from several Amish families who live in the area where the resort will be built.

A profile of Genting, the gentle giant

Empire Resorts is set to build a $630 million resort, next to the old Concord Resort near Monticello. The resort will see the construction of 391-rooms, a golf course, restaurants and entertainment rooms. To up its chances of being chosen, Genting hired lobbyists and public relations personnel.

The family of the chairman who owns the Genting Group, has a controlling stake in Empire Resorts. The Genting group is a Malaysian-based conglomerate and is big in Asia and England. The casino operator also used their influence to convince Cuomo to plead their cause. It also happens to own New York City’s only gambling hall.

The Resorts World slot parlor is located at the Aqueduct racetrack in Queens. Needless to say, this is the most successful gambling operation in the United States. It’s little wonder then that, although two of the company’s proposals in Orange County were rejected, they won the license for Montreign, in the Catskills.

This will make Genting the largest casino owner in New York and also the owner of the largest casino closest to New York City. At a diner in Monticello, customers expressed gratitude for the Montreign casino project, in nearby Thompson. They said it would bring jobs and tourists. “You’re going to draw the people,” Ted Kocijanski, 80, said.

Chairman of the location board, Kevin Law, pointed out that ‘the siting process had been free of outside interference’. Factors such as ‘economic effects, financing, community support and the so-called ‘speed to market’, or ‘how fast they could open’ were all taken into consideration.

Local casinos stand to benefit too, Mr. Law pointed out. Some of New York gamblers in New Jersey and Pennsylvania will come to the casinos. These are expected to open in early 2017 or sooner. The State Gaming Commission has yet to approve the recommended developers.

The developers will also have to pass background checks carried out by the State Police.Under state law, and supported by US gambling laws, the new operators must pay a one-time licensing fee of $20 million to $70 million, depending on the location. Tax rate on gambling revenues will depend on location too.

Tax revenues could be as low as 37 percent and as high 45 percent for slot machines, and 10 percent for table games. 80% of revenues will fuel elementary and secondary education or offer property tax relief, to some. The rest of the money will go towards funding projects of the municipal and county governments.

Environmental reviews are also in order. For, although some of the developers were successful to some extent, the proposals for more resorts underwent extreme criticism. Lawsuits were filed against a $1.5 billion project near a state forest in Tuxedo, in Orange County, by environmentalists. Also in the same county, the Hasidic leaders sued two other casino projects.