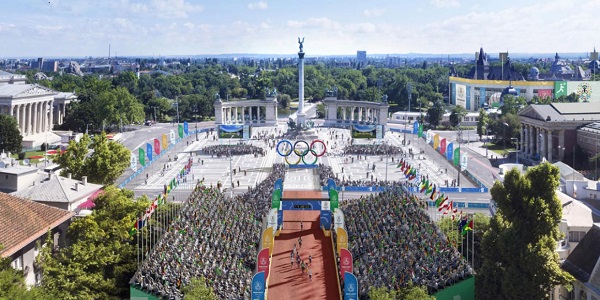 Six cities were regarded as serious candidates to host Olympic Games in 2024, however, Boston got out of the game quite quickly. Two more cities followed them which leaves us with three cities now. But which ones are they, what are their odds and which one is the most likely candidate? Bet on Olympic host city 2024 at the best online sports betting sites now!

The odds at online sportsbooks might be quite tempting, however, if you want to bet on Rome or Hamburg to host Olympic Games in 2024, you might as well transfer your stake to my account and expect me to send you back much more than that – your odds for earning money this way or that way are pretty much the same.

Coral Sportsbook is pretty well informed about the daily political news of each candidate cities, which means you cannot bet on either Rome nor Hamburg to be Olympic host city in 2024. However, Betfair is a little bit left behind as you can still place a bet there for these two cities to host. Rome’s odds are 21.00 (20/1) while Hamburg’s are 8.60 (38/5).

However, if you’re betting for the same reasons that most of us do – to win money – you shouldn’t bet on them. The city of Hamburg refused to apply for being Olympic host city 2024 on a referendum, while the Mayor of Rome announced a while ago that the city will not be running for this opportunity because of financial reasons. That leaves us with 3 more candidates, but which one will be Olympic host city 2024?

Bet on Budapest but be careful!

Budapest is the least likely candidate according to online sportsbooks in the US out of the last 3 remaining cities, and not without a reason. Whilst the Hungarian Government, FIDESZ, would love Budapest to be the host city for the Olympic Games in 2024, the people’s will is not so obvious.

In fact, a new political movement, with the name Momentum Mozgalom (Moment Movement) is on the rise. Their main wish for now is to create new unity within the Hungarian society. And to reach that, they want to collect 138,000 signatures supporting their cause to launch a referendum with the following question: “Do you agree that Budapest should revoke its application to host the 2024 Olympic Games?

Should the “Yes” answer win among the people of Budapest, the government would be forced to revoke the city’s application and another candidate would exit the race. Budapest is not the favourite anyways, their odds are Coral Sportsbook are 5.50 (9/2) and those odds might increase once the referendum is officially announced.

All online betting news in France claim that Paris is the biggest favourite to end up as the Olympic host city 2024. Their odds are 1.62 (8/13), while the odds for Los Angeles to host Olympic Games in 2024 are 3.25 (9/4). When will the Olympic host city be announced? There will be a huge meeting in Lima, Peru on the 15th of September, 2017. The winner project will be announced here.