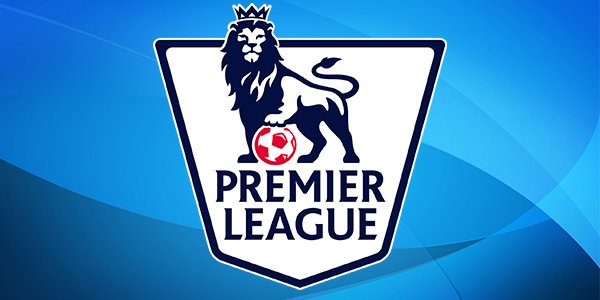 Prepare yourselves for some spectacular football action this weekend, as round 32 will feature superb encounters.

Last weekend in the top flight of English football we witnessed some changes. A shift occurred on the Premier League table which saw some clubs exchange places with their rivals. According to UK gambling news, Arsenal managed to climb to second place in the league, while current defending champions Manchester City slumped to 4th spot, after suffering a loss to Crystal Palace on Monday.

This weekend Swansea will square off against Everton at home where they will be looking to clinch a win. Hull City will face a tough battle against Southampton, a side that have been pretty phenomenal until recently. Sunderland will play Crystal Palace on their own ground, while Tottenham will host Aston Villa at White Hart Lane.

Swansea vs Everton and Southampton vs Hull City

Swansea stand in 8th position with an overall of 46 points. Their form has seen ups and downs lately with their clinching 3 wins and 2 losses in the last 5 games. They managed to win 8 matches at home, however they have also blundered quite a few times as they tied on 4 other occasions and even lost 4 times. Nevertheless, Bet365 believes they can pull off a win against upcoming opponents Everton by assigning them positive odds 2.50 (3/2).

Toffees have not achieved the kind of success that they had hoped for at the start of the season, when they recruited some big names. They currently occupy 12th place on the table after collecting 37 points. Their overall form has also been lackluster as they recorded both wins and losses, which makes their next game somewhat uncertain. The odds for them winning the encounter has been set at 2.90 (19/10), while a draw stands at 3.25 (9/4).

Southampton were a real force in the Premier League during the first half of the season, however they burned out after a while. They were pretty successful in holding a top spot on the table, but now they find themselves in 7th place with 53 points. Their form has suffered quite a bit in recent times (2 wins, 2 losses and 1 draw in the last 5 encounters).

As they will be the hosts against Hull City, mobile betting providers have decided to rank them as the preferential side 1.50 (1/2). The visiting side on the other hand have been assigned compete underdog chances 7.50 (13/2), as they have not enjoyed the same level of football. They are battling to stay out of the relegation zone as they sit in 17th position with 28 points. The odds for the game to result in a tie stands at a high 4.00 (3/1).

Sunderland vs Crystal Palace and Tottenham vs Aston Villa

Sunderland will try to get a few points out of the game with Crystal Palace, as the two sides go head to head at 16:00 CET on Saturday. The hosts occupy 15th spot in the Premier League after managing to get only 29 points from all of their games so far. Their home record is one of the worst in the league which stands at 3 wins, 7 draws and 6 losses, not to mention their form (2 wins, 1 draw and 2 losses). A win for them stands at 2.75 (7/4).

The Eagles are currently in the middle of the table standing in 11th position. Their overall form has actually been great in recent matches, as they were able to clinch 4 wins in 5 encounters, while suffering only 1 loss in the process. That is one of the main reasons why they have been dealt better chance of success for the next game. Online betting providers have given them odds of 2.70 (17/10), while a tie for the game is 3.20 (11/5).

The final match of your first betting preview involves Tottenham and Aston Villa. Mauricio Pochettino’s men are 6th in the league with total points amounting to 54. They are in fact level with Liverpool, however due to a better record The Reds have been dealt 5th place. So far this season while playing at home The Spurs have won 9 games, tied 3 and lost only 4. Taking this into consideration they will likely win the match against the Lions, with odds being 1.57 (4/7).

The visiting side are all the way down in 16th position with 29 points. They have not performed as well as they have expected and are now doing everything in their power to climb up the latter. However, the bad thing is that they will they will square off against Tottenham, a side that has been quite good at home. Online sportsbooks in UK have dealt them underdog odds 6.00 (5/1) for the match. A tie stands at 4.00 (3/1), an event that is also unlikely.