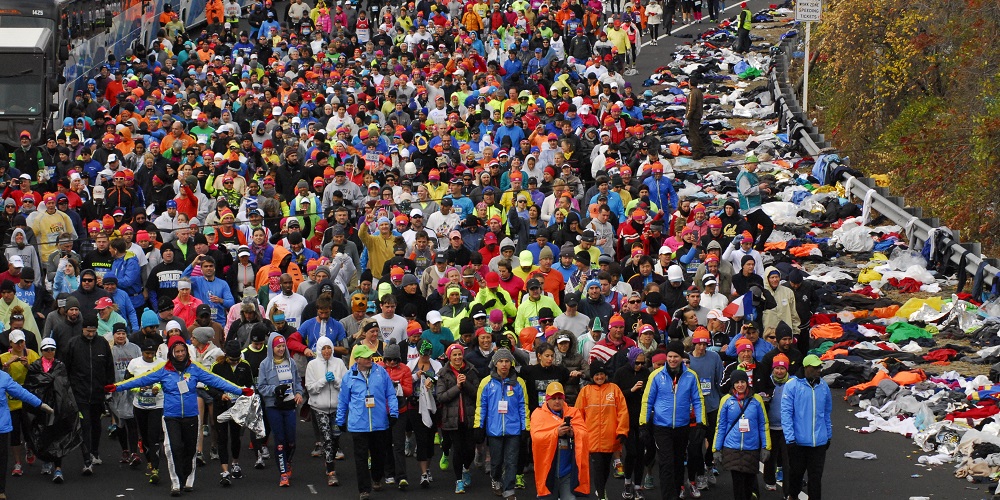 New York City Marathon is the most coveted marathon amongst runners. The mother of all marathons will take place on Sunday, November 3. The 42-kilometer long race starts from the Verrazano – Narrows Bridge on Staten Island and ends in Central Park. Seems like the largest marathon on earth is also among the hardest to get into. On the other hand, the 2019 New York Marathon betting odds suggest an Ethiopian winner this year.

Certainly, the event is having a record-breaking number of applicants this year. Actually, the number of attendees is increasing significantly each and every year. The New York City Marathon numbers look like this:

Have you heard of that runner who slipped right at the start line of the 2016 Cardiff Half Marathon? Indeed, the athlete spent 7 seconds on the ground before he was able to stand up. Yet, the athlete was running at the front of the crowd within 90 seconds. Probably you guessed already that it was the legendary Geoffrey Kamworor.

Check out our 2019 London Marathon betting predictions as well

The Kenyan long-distance, Kamworor competes in cross country, marathon, and half marathon races. The 2017 New York City Marathon winner is not afraid to think that he can break the marathon world record. Certainly, his confidence is quite convincing, at least he is the top favorite of the online sportsbooks in the US.

Lelisa Desisa was the winner of the last edition

The Ethiopian long-distance runner, Lelisa Desisa specializes in road running competitions. Back in 2018, he not just simply won the NYC marathon for the first time. He finished the race in 2:05:59, the second fastest time in event history. Desisa started professional marathon running in 2013, and has several titles to his name by now:

As weather conditions were favorable last year, the breezy morning with sunshine was the perfect setting for the runners. Do you think Desisa will double his NYC Marathon trophy this year? You can bet on him on 1xBET Sportsbook already.

Shura Kitata is an Ethiopian male marathon runner. He represented Ethiopia in several World Marathon Majors already. Most noteworthy, the 2018 London Marathon, where he finished at second place losing the gold medal to Eliud Kipchoge of Kenya.

In 2018 Kitata ran the third-fastest time ever in New York Marathon history. Unfortunately, that was not enough for the first place. After all, the runner finished right behind Ethiopian compatriot Lelisa Desisa.

The Ethiopian long-distance runner Tamirat Tola competes in cross country running and road running as well. The 27-year-old runner won the Dubai Marathon in 2017, breaking a course record set in 2014. Even though, the following year the runner had a better time, came out as third.

Admittedly, this will be his first time on the route, he has no knowledge of the track. Still, he might have some of the beginners’ luck regarding the terrain. If curious whether he will perform outstanding, be sure to follow the run.

Follow the 2019 New York Marathon betting odds and do not miss watching the event in November.