Eurovision 2019 Predictions and Betting Odds: Iceland Will Surprise With Their Eccentric Act

News >Eurovision 2019 Predictions and Betting Odds: Iceland Will Surprise With Their Eccentric Act 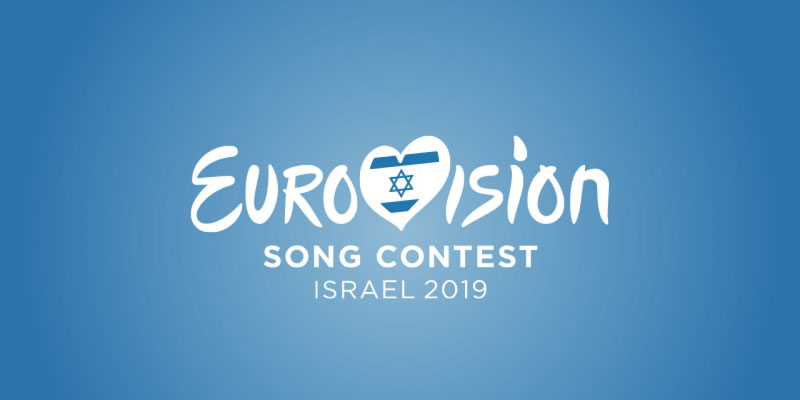 Between the 14th and 16th of May, 41 countries will dispute the semi-finals of the Eurovision Song Contest in Tel Aviv, to decide who will be present in the grand finale. And Iceland and Portugal will be chasing the 1st place according to the Eurovision 2019 predictions and betting odds.

The song competition is one of the biggest events in the world. Even though it started with the intention of bringing the European nations together – after two consecutive World Wars – it has now fans in all four corners of the earth. This way, on the 18th of May, viewers around the world will be tuned in to watch the final of the Eurovision 2019.

Online sportsbook news sites in Iceland are reporting the Netherlands as the winner with “Arcade”. And Duncan Lawrence’s song seems to serve well the hearts of the audience with its powerful and intimate singing about suffering and love. However, some of the previous winners have proven there is always room for surprises. In this way, below there are our predictions for this year’s event.

Eurovision 2019 predictions and betting odds show that singularity might win

Portugal and Iceland are very different countries. But one thing seems to unify them in this year’s Eurovision Song Contest, as they are, so far, the most distinctive acts to take the stage in Tel Aviv.

Icelanders have voted for the industrial techno song “Hatrið mun sigra”, by Hatari in the  Söngvakeppnin 2019.

This entry recalls Finland’s band Lordi. With “Hard Rock Hallelujah”, they made history in 2006 by both becoming the first Finnish winner of the contest. They also became the first-ever heavy metal song to win the contest. So far, there hasn’t been a similar act with such success.

Nordic countries have a very strong connection to the genre. It makes sense, then, that they have been responsible for bringing it to the Eurovision. As metal’s popularity is growing, this is how Iceland might win for the first time. By combining electronic and punk elements into a metal influenced anti-capitalist song, they are on a good way to repeat  Lordi’s achievement.

Besides, their BDSM-inspired costumes might attract a lot of attention among other contestants. This way, and despite the pessimistic message about modern-society – which is unusual in the Eurovision – Hatari will try to bring awareness, while certainly providing a memorable act to the audiences. Their odds of winning are 19.00 at KTO Sportsbook.

Conan Osíris will show that Portugal is a cultural melting pot

Conan Osíris won the Festival da Canção 2019 with his song “Telemóveis” and is ready to repeat the historical year of 2017 for Portugal.

Until that year, the country held a record of most entries in the Eurovision without any victory. Ironically though, with the winning song “Amar pelos dois”, Portugal was responsible to bring some quality back to the pop music contest.

The victory came after changes in the Festival da Canção 2017, by the national broadcaster RTP. Now, the organization invites 16 accomplished musicians to compose songs and to choose a performer. Despite last year’s last place, this new format recovered the interest of Portuguese audiences in the contest. It is also why this new sensation of the Portuguese music entered the Eurovision scene.

“Telemóveis” is an unconventional song that embraces Portugal’s multiculturality. From fado to techno, passing through the sonority of the Middle East, Conan Osíris is ready to win the stage with his world music beat.

With his unique composition, through which he manages to give a handful of symbolic interpretation to something as mundane as a mobile phone, along with his stage presence, he (29.00)  might win Eurovision.

Reusing old formulas and spreading the feeling of Eurovision

Australia quickly understood what Eurovision is about

Kate Miller-Heidke will represent Australia with the song “Zero Gravity”, after winning the Eurovision – Australia Decides.

In 1980, the Eurovision expanded to other parts of the world, allowing Marrocco to be part of the competition. However, it was a one-time event for the northern African nation. But since 2015, Australia has taken the role to represent countries outside of Eurasia. Whereas it hasn’t won yet, the Oceanian country is proving itself as a very strong contestant.

This year, Australia can certainly be among the top competitors again with its unique pop-opera song. The genre has always been part of Eurovision and this modern and rhythmic approach might be successful among voters. Its odds of winning are 67.00 at KTO Sportsbook.

The San Marino STV chose Serhat to represent the micronation in the Eurovision 2019. The Turkish singer will be performing “Say Na Na Na”, a disco song that will certainly put everyone dancing in the Expo Tel Aviv complex.

San Marino has only qualified for the final once since its adherence in 2008. But now, with this catchy tune and its anthemic nuances, Serhat will be catching up with the nostalgia of the 80s and the Eurodance era. “Say Na Na Na” can easily become a Eurovision classic.

Serhat is not new in the Eurovision and has already represented San Marino back in 2016. However, he failed to reach the finals, which he hopes to achieve this time.

As the country doesn’t benefit from particular popularity, its (251.00) odds of winning are low at online sportsbook sites in Iceland. But there are already nine remixes of “Say Na Na Na”. So, even if it doesn’t win, it will definitely succeed on the European dance floors this year.