7 NBA Players, Coaches and Owners Who Should Be the Next Bond Villain

News >7 NBA Players, Coaches and Owners Who Should Be the Next Bond Villain 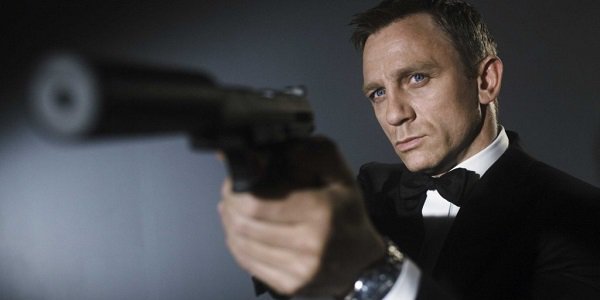 The NBA ranks are filled with some of the sports world’s best personalities. Some of these guys would be better off as Bond baddies than basketball players.

The game of basketball allows fans to get a lot closer to the action than they would in other sports. Unlike in football, baseball, or soccer, fans sit right up next to the court. And because players don’t wear helmets or caps, they seem much more accessible to observers.

It’s partially for that reason that the NBA is so full of unforgettable personalities. Some of them are so out there that we think they should have pursued careers as Bond film bad guys. Here are seven NBA players, coaches and owners that we’d like to see take on Daniel Craig in the next film:

The 6’11 290-pound center has spent most of the 2014-15 Season on the bench due to foot and ankle injuries, but that hasn’t stopped the Montenegrin monstrosity from striking fear in the hearts of opponents and young children everywhere.

Pekovic relishes his bad boy image so much that he actively cultivates it, from the thick Slavic accent to the bushy beard, all the way down to his trademark tattoo: a medieval Serbian warrior wielding a sword, standing above a pile of decaying human skulls. He would make the perfect henchmen. Jaws, anyone?

Kobe’s popular appeal has always been somewhat curbed by his surly personality. He is known for being excessively tough on his teammates, and having little interest in talking to fans or the media. Go to any online sportsbooks in the US, and the odds seem higher of Kobe strangling a teammate than the Lakers winning the NBA Finals (they are having a terrible year).

Kobe wants to WIN basketball games, and doesn’t give a damn about anything else. Think of him as a more handsome version of Renard from The World is Not Enough, a man so singularly focused on his revolutionary ambitions that he will stop at nothing to achieve them. While Renard couldn’t be waylaid even by a bullet in his brain, Kobe has returned from a torn Achilles tendon.

Misha Prokhorov is an owner, not a player, but he perfectly fits the old Western archetype of the Russian bad guy. He is tall, handsome, well-dressed, speaks in a thick Eastern Slav accent, and has earned his fortune by obscure means.

As an “absentee” owner, Prokhorov prefers to tend to his business in Russia while leaving his trusted henchmen to manage affairs in Brooklyn. If a mobile betting app came up giving everyone the chance to bet on which of Prokhorov’s players will mysteriously disappear, no one would be surprised.

Which iconic Bond baddie does he remind us of most? Octopussy’s General Orlov, the twisted Soviet general attempting to detonate a nuclear bomb on a US military base in West Germany.

The former All-Star point guard coached the Brooklyn Nets last season, but as it turned out, he and Prokhorov were simply too much evil genius for one basketball team. Kidd is now with the Bucks, where he and his bald head pull the strings from behind the bench.

Kidd reminds us of another bald baddie, the evil Dr. Ernst Stavro Blofeld, who appeared as the villain in a record five films. And as he gets older, smarter and more grizzled, he’ll even better fit the image of an evil genius.

The Frenchman from Martinique is renowned as one of the NBA’s leading class acts, but that doesn’t mean he wouldn’t make an impeccable Bond villain. He has the looks, origins and backgrounds to be the mysterious, eloquent French-speaking baddie that Bond has do battle with from time to time.

Turiaf could pass for a contemporary Dr. Kananga, the Caribbean dictator behind the mischief in Live and Let Die (which is almost certainly the most racist film in the Bond franchise).

The Bond series has no shortage of megalomaniacal business tycoons, and Mark Cuban is a real-life NBA owner who fits the bill. Cuban’s immense fortune (amassed as investor in computer and communications technologies) is matched only by his eccentricities.

Cuban reminds us of Max Zorin from A View to a Kill, an evil microchip industrialist bent on destroying Silicon Valley to further his business agenda. The two have both built their fortunes as tech geeks, and are known for their trademark evil laughs. But as a proponent of gun control, Cuban would never stand for this:

In License to Kill, Bond (played by Timothy Dalton) takes on Franz Sanchez, a suave, cultivated and wealthy South American crime kingpin played by the famous singer Robert Davi. Not one of Bond’s best films, but Sanchez was a compelling villain, and bears an undeniable resemblance to Manu Ginobili.

Ginobili hails from Argentina, but it may well be Panama or Cuba for all the geographical knowledge of the average American basketball fan. His mysterious, exotic origins make him the perfect Bond villain.