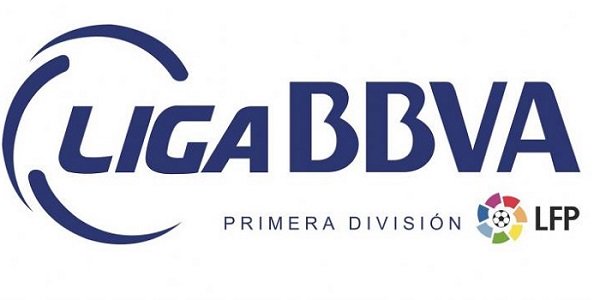 Get ready for another spectacular weekend in the Spanish top flight which will start with a game on Friday between Celta Vigo and Almeria.

Last weekend we saw Real Madrid increase its lead over rivals Barcelona by defeating America away with a stunning result of 1:4. Los Blancos are now on 39 points while the Catalan side are 4 points behind in second place. Atletico Madrid are lurking close behind in third with a total of 32 points and are looking to break up the party and challenge for the top spot once again.

Spanish gambling news reports that Barcelona will take on Cordoba at the Nou Camp on Saturday while Atletico Madrid will play against Athletic Bilbao away from home in battle to make another attempt at the Spanish title. All sporting fans are advised to tune in this weekend to witness great football encounters.

On Friday evening 8th placed Celta Vigo will go up against Almeria, who is currently struggling in the relegation zone. Almeria recently lost 4:1 when they hosted Real Madrid on their home ground, a result that only further dampened their hopes of climbing out of 19th place and into the safe zone. Their next match won’t be easy considering that they maintain an atrocious away record of 2 wins, 1 draw and 4 losses.

Unibet believes that Celta Vigo can pull it off against Almeria considering their superior position in the league and a home record that stands at 3 wins, 2 draws and 2 losses. They have assigned odds of 1.52 (13/25) for the hosts, whereas Almeria has been given outsider odds of 6.20 (51/10). A draw 4.33 (33/10) between the two clubs is also unlikely taking into account that Almeria has only drawn once while on the road.

When Saturday comes around, punters will have a chance to enjoy all the action that comes with watching a club like FC Barcelona. Last weekend they couldn’t produce a goal away against Getafe, so now they will be fully motivated to showcase all of their skills which should see them produce plenty of goals for the fans. They will play against Cordoba at home, a ground which has seen them record 6 wins and only 1 loss.

Online sportsbooks in Spain believe this game should be akin to a practice session for Barcelona considering their immense success on the home turf. They have been given odds of 1.06 (1/17), while Cordoba holds unrealistic chances 25.00 (24/1). As these odds are quite unprofitable to bet on, punters are urged to wager on other markets. Betting on Home Team to win Both Halves 1.52 (13/25) seems to be very rewarding for regular players.

Valencia will play Eibar, while Athletic Bilbao will play against Atletico Madrid

Valencia will be tested on Saturday evening as they will play Eibar away. The hosts have a somewhat ambiguous record at home (2 wins, 3 draws and 2 losses), which makes any following an uncertainty in terms of results. Valencia maintain the exact same record on the road, which makes this one unusual encounter to bet on, however they are in 5th place (28 points) while Eibar located down in 9th position (20 points).

Unibet has earmarked Valencia as the favorites for the match 2.10 (11/10), however punters should not neglect Eibars achievements at home. The hosts have been given unfavorable odds of 3.75 (11/4), but these chances seem somewhat stretched which could prove to be lucrative for punters placing wagers on them, in the event that they win. A tie 3.25 (9/4) is likely given the fact that both teams have drawn several times.

Athletic Bilbao will square off against current Spanish champions Atletico Madrid at home. The home side are not the team that were a few season ago and Atletico has lost several high profile players over the summer. Nevertheless, despite certain handicaps they are still powerful teams in the league, although Bilbao is currently facing a hard time being 10th in the Primera. The club from the capital on the other hand in third (32 points) right behind Barcelona.

Under Spanish gambling laws, Unibet has offered odds of 3.75 (11/4) for the hosts to seal win while Atletico Madrid have been assigned 2.10 (11/10), as they maintain a better position in the league and overall squad depth. A draw has been set at 3.25 (9/4), an event that is likely as Bilbao is quite prone to surprise their opponents on certain occasions and pull back from a predicted loss.