A History of Gambling in America (part8) 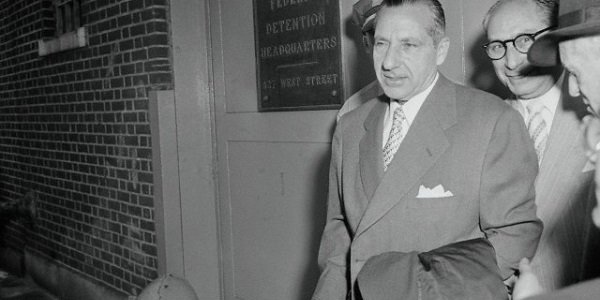 The turn of the century was gambling move to two primary areas. The first being the horse track, which had a “rollercoaster” existence until Great Depression. The Federal Government in need of funding, quickly sought to re-instill horse racing. Soon 12 states authorized horse racing. In addition, the re-emergence of the pari mutuel machine proved positive for politicians, track owners, horse owners and betters as it eliminated the bookmaker who served as the middle man and made gambling news.

The second primary area gambling moved towards was organized crime. Mobsters who had their routes established for prostitution and drugs found it an easy transition “running numbers.” Bookmakers would place bets across state lines through wires. Unfortunately, this became a focus for the Federal Government as they led an investigation linking interstate gambling and organized crime. Spearheading the movement was Tennessee Senator Estes Kefauver.

The point spread offered a new target for Kefauver

About the same tame as the McCarthy investigations, Tennessee senator Estes Kefauver launched a similar crusade against primarily illegal betting, but against gambling in general.

Although Kefauver looked as though he ran out of luck trying to tie bookmaking to organized crime, he would find a new avenue in the form of the point spread. Prior to point spreads, bookmakers would give a sports team odds on their chances of winning. A better would have to wager a larger amount of money, if the team had a high chance of winning. This practiced proved unpopular among punters because of the risks involved.

The point spread system was developed to handicap a popular team with a certain amount of points. For example, if a team was given a handicap of three, the team would have to win by four points in order for a punter to make their money. On the other hand, if the team lost by three or less, then the punter would lose. Another positive aspect of the point spread was that it gave a clear commission to the bookmaker. If a person wanted to wage USD 10, it would cost them USD 11, with the extra dollar going to the bookmaker.

The point spread remedied the stress for bookmakers because they could even the playing field and have parties wage on both sides for a game without worrying about who will win the game. Regardless of the outcome, the bookmaker or “bookie” would have their commission. This system is still in place today through online sports betting in the US. Although the point spread attracted more punters to sports betting, it also opened sports to corruption.

In the more popular sports such as baseball and basketball, athletes playing certain positions could affect the outcome of a game. Often then college players lacked money and were easy targets for corruption. Through point spreads, players could still win their games and cover the spread by making small errors that would allow points to be lost. This is called “point shaving.”

Point shaving made its way into sports

In the months that followed, Alex Rosen of University of Kentucky plus 12 other players from seven different colleges were caught for point shaving. Salvatore Solasso, the man behind these fixes, thought it would be easier to make more secure wages if matches were manipulated. Surprisingly bookmakers disapproved of point shaving because it tampered with the lines set by the point spread.

Kefauver would have his day and brought strong testimony against students who lacked money and were susceptible to bribes. Kefauver’s hearings would prove only useful in the fact that they brought more investigation and inquiry into illicit gambling practices. Next the McClellan Committee led by Senator McClellan and Attorney General Robert Kennedy. Coming from Robert Kennedy’s outspoken “war on crime”, the most influential US gambling law employed during that period was the Interstate Wire Act.

A wire that crossed state lines in order to give information used for gambling was illegal. The Act would cut off communication between states and leave states alone to regulate how gambling would be legislated. Nevada developed its own regulatory system. Once New Hampshire re-instated the lottery, a slew of other states along the east coast followed. Because of the point spread, team sports replaced horse racing as a favorite among gamblers.