A Special Weekend in European Football (Part I)

News >A Special Weekend in European Football (Part I) 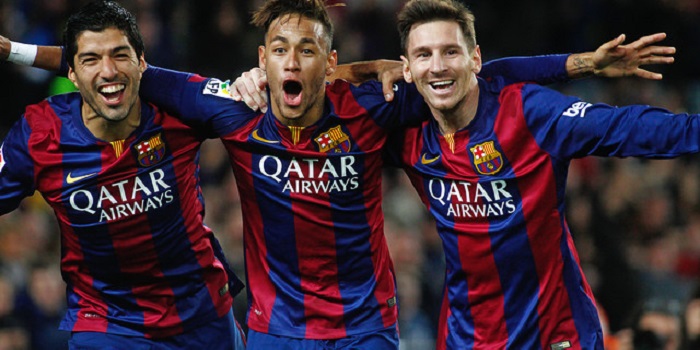 Barcelona prepares to wrap up the title at Atletico Madrid, while Steven Gerrard bids farewell to Anfield.

Even with the top European football championships being pretty much done, those who bet on sports in the EU should still enjoy a lovely weekend, and not regarding the weather outside.

Top sides are going to meet in several leagues across Europe, and there will be the ever interesting relegation battle too. Actually watching these sides competing each other to avoid relegation, one should ask himself: if these teams can play football at this pace and play this good, why they didn’t do it earlier in the season?

Barca can win it against Atleti

Spanish football got the green light after a turbulent week eventually with the expected strike to be suspended by a Spanish court. So, Lionel Messi and co. will fight to wrap up the title in the penultimate round of the season. They will visit Atletico, the team that seized the trophy last year after drawing against them in the last game of the season. The Catalans will miss Luis Suarez, who suffered a hamstring injury in the Champions League game at Bayern on Tuesday. Barcelona leads Real Madrid by four points, so if Carlo Ancelotti’s team fails at Barca’s city rivals, Espanyol, Luis Enrique and his men can start to celebrate anyways.

Atletico’s goal is to secure a third place finish, which guarantees a spot in the group stage for next season’s Champions League. They are qualified for the tournament already, however it is understandable that they try to avoid the unpleasant qualification games in the summer. They lead Valencia by four points, and the Bats could be able to catch them. But Nuno’s men have to watch their rearview too, as Sevilla is three points behind them only.

Looking at the bottom of the table, Cordoba is already dead and buried, while Almeria, Deportivo La Coruna, Granada and Eibar are engaged in a desperate fight. Two of them will go down in the end, and as all of them are within one point, any two could manage to book a place in next year’s Primera Division. All of the matches are scheduled to play at 7 pm on Sunday CET, to avoid any manipulation or redundant games to be staged.

However there will be one more round left from the schedule after this weekend for English team, Liverpool will play his last home game of the season on Saturday evening against Crystal Palace. This means that Liverpool captain Steven Gerrard, who joins Los Angeles Galaxy after the campaign, is going to bid farewell to the Kop after seventeen years. Gerrard revealed that he fears of breaking down after the game. That scenario would not come as a surprise for the mobile betting audience.

He said, “There’s plenty of time to be sentimental and emotional after the games are done but I don’t really want to listen to supporters being emotional face to face because I’m a little bit afraid of breaking down and showing too much. It’ll be an emotional day for me and my family and friends that have followed me throughout my career. And also for a lot of supporters that have watched me for many, many years, not just at the stadium but around the world as well.”

Liverpool head coach Brendan Rodgers expressed that until he is managing the Merseyside outfit, there will always be a place for Gerrard in his coaching staff. A ticket for this fixture at regular prices would cost GBP 37 to 49, however for this special occasion several tickets sold for more than GBP 2,500 on the web. Liverpool needs two points from the last two games to come fifth, as Champions League football is practically out of their reach.

With Chelsea been crowned as champions already the most exciting English game for users of online sportsbooks in the EU will be the battle of East Anglia between Ipswich Town and Norwich City this weekend. The two Championship sides will fight for a place in the Wembley playoff final, so no less than a place in the Premier League, the world’s most recognized national championship, is at stakes.