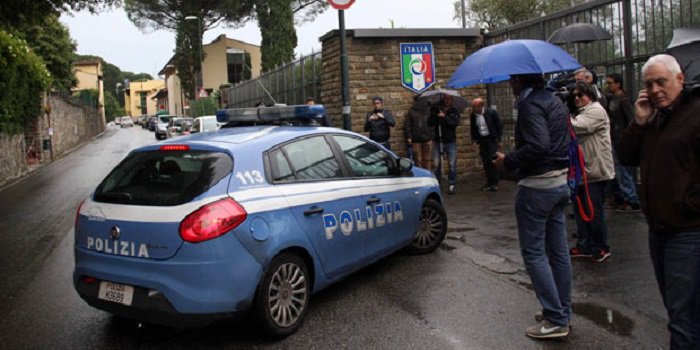 This billion dollar industry is a decaying element in sports throughout the world.

Legalizing sports betting is a hot topic in the states. Since most of the USD 100 billion plus empire is controlled outside of America, there is reason to look at dealing in Europe and Asia. The controlling of matches is normal in football, particularly in lower level matches where the players make far less money and lack the talent that is more prevalent in more popular leagues like the Champions League.

• Profits from match fixing are as high as profits from the drug trade.
• Germans were reported to go to Singapore to bet on local youth football games
• The average bribe fee for a first division league player is EUR 150,000

Profits from match fixing are as high as profits from the drug trade. Gambling fraud is a war that is overly dominant and extremely complex. It’s not simply gambling outside of UK gambling laws, but involves much more. The young and disadvantaged seem to be the first casualties of this war whose actions or outcomes in their lives are of little or no concern to anybody.

Germany Football is considered one of the most “clean” in the sport. Few would think sports betting could infiltrate such a country. But in Berlin, youth German football which is represented by rules of non-contact play, is wagered on the other side of the World in Singapore. Influencing certain German teenagers, who come from less prosperous homes, to foul somebody on purpose or not shoot the ball is simple.

Low divisions with mediocre player and a lack of money are a spawning pool for organized criminals. These matches are constantly happening and are not scrutinized by official or many football fans. Germans were reported to go to Singapore to bet on local youth football games. Evidence has been uncovered revealing payments of EURO 50 to EURO 100 to youth football players.

After taking the money, these youths took the money without any understanding of what the ramifications would be. After they did as was instructed, these players were kicked out of the league and at the same time organized crime figures were betting as high as EURO 10,000 and making EURO 70,000 on these matches according to Adreas Bachmann, state prosecutor.

The state prosecution office in Germany studied recorded phone conversations and looked at other forms of evidence to learn more about those who are in violation of German gambling laws. Since 2009, 700 matches have been identified as fixed. A list by UEFA showed that gambling fraud was present from the youth matches to the 2nd division of the Bundesliga, Champions League and Europa League.

In a Europa league match between Maribor and Bruges, the German coach of Bruges new just a little as the 10,000 spectators. An UEFA investigator was told over the phone on the eve of the match that he should watch the game. Although Maribor was winning by three goals in the 73rd minute, the source told the investigator that Bruges would win. Within 15-20 minutes, Bruges scored four goals in succession. Large amounts of Euros were bet on what was called the “miracle of Maribor”

Rudolf Steiner, former UEFA chief investigator said that the first division league player bribe fee of EUR 150,000 is too high for gambling organizers so they set their sights on the lower leagues. Originally, they wanted to buy three players at EURO 500,000 so the idea was abandoned. Steiner also mentioned groups across Europe associate with each other.

“In the course of our investigation we’ve been dealing with local groups. There’s a group in Germany who knows a group in Switzerland, in Italy and in the Balkans. These groups are networked with one another by citizen ring leaders. We’ve also established that over two million in Euros have been paid by bribes which resulted in leaders earning 8 million Euros tax free.” And that’s apart the revenue made from mobile betting.

A Europa League match between an Austrian and Albanian team was played before 13,000. Bets were place before the match. Investigators found out that the goal keeper would indicate to the defense to allow goals to be score once placed a water bottle behind the goal. After the bottle was moved from the side of the net to the center, the Albanian team opened their defense allowing the Austrians to score four straight goals.