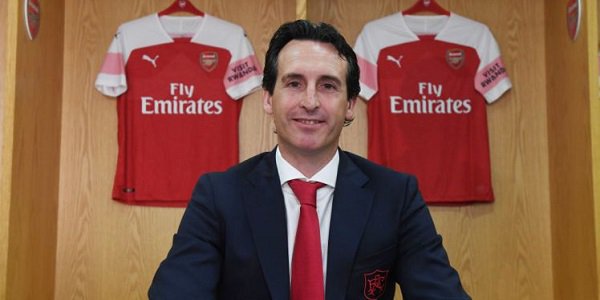 The season 2017/28 barely even finished, but GamingZion can already present you the best Arsenal special betting odds for the upcoming season…

Online sportsbook news sites in the UK were on fire upon Wenger leaving Arsenal. The legendary French manager will be replaced by new Arsenal manager Unai Emery, who was not offered to renew his contract at PSG. The Spanish football expert failed to bring PSG to the Champions League quarter finals in 2 consecutive years, despite the fact that the management brought Neymar and Mbappé in.

Unai Emery will try his luck now at the helm of Arsenal. He will have giant shoes to fill as Arsene Wenger has become one of the most iconic figures in the club’s history. But at the same time, his constant failure in the past few years takes away a lot of pressure from Emery’s shoulders. What will the new Arsenal manager be capable of? Let’s see what the Arsenal special betting odds predict!

Are Arsenal favourites to win any major trohipes?

First of all, if you find a site where you can bet on Arsenal to win the Champions League, you better run away, and run as fast as possible. That’s because Arsenal failed to qualify for next season’s Champions League tournament, so their chances to win are exactly zero. However, for some inexplicable reason, online sportsbook sites in the UK still believe they are among the best teams in the world…

That’s why most Arsenal special betting odds actually expect the team to win something big next season, with Unai Emery at the helm. The odds for Arsenal to win the Premier League in 2019 are not that bad actually: 25/1 at Unibet Sportsbook, which says they are the 6th strongest team in the Premier League. Which reflects upon their performance this season.

Arsenal could also become one of the top picks when it comes to placing a bet on FA Cup 2019 winner as well as League Cup outright winner odds. They can also be thereabouts in the Europa League, which is something Emery is specialized in, having won the trophy three times at the helm of Sevilla.

You can bet on any possible combination of trophies Arsenal might end up winning next season. Do you think Emery will continue Wenger’s heritage and win no major trophies at all? You can find 1/3 odds for this to happen. If you think he will win at least one important trophy (Europa League, Premier League, FA Cup or League Cup), you can bet on Arsenal to win a trophy for 2/1.

And then it’s up to you – the better combinations you can make for Arsenal to win, the better odds you can find. For example, an FA Cup + Europa League victory combo pays at 50/1, while dominating English football winning FA Cup + League Cup goes at 66/1.

Do you think Arsenal will be even better than that? Check out the rest of the Arsenal special betting odds, including the 500/1 odds for Arsenal to win Premier League, Europa League and FA Cup, or the 999/1 odds for Arsenal to win literally EVERYTHING. You can also check out the latest review about Vbet Sportsbook, and take advantage of these Arsenal special betting odds right after!