Have a look at our analysis on the golden generation of Belgium World Cup odds. How far will they go in the tournament? 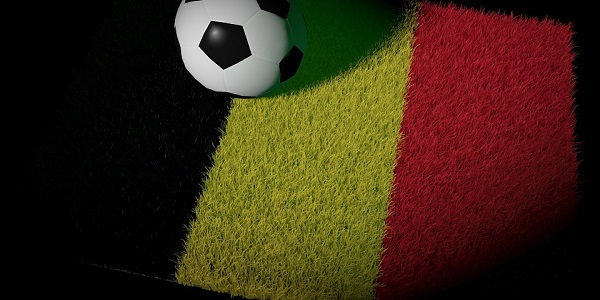 Belgium World Cup odds have greatly increased since dominating their qualifying campaign. What are the chances of Belgium’s golden generation in Russia 2018?

Although the Red Devils never won World Cup, or the European Championship, the current squad contains a plethora of established talents in almost every position that could take the team to the late stages. Online sportsbook sites in Belgium expect the head coach Roberto Martinez – if he finds the best formula – to take Belgium down in history, and perhaps shock everyone by reaching the final. What are Belgium World Cup odds? Can Belgium’s golden generation really shine and live up to the expectations?

Belgium were the first in Europe to qualify to World Cup finals with a record of nine wins and one draw, finishing nine points above second placed Greece. They play in Group G against relatively easy opponents of Panama and Tunisia, and England who are the hot favourites to lead the group. In round 16, Belgium could meet with Senegal or Colombia, which might be tricky opponents, but not strong enough to be among the finalists.

According to online betting sites in Belgium, the real challenge will be in quarter final against defending champions Germany or Brazil the top favourites to raise the trophy. At that point, not only a roster that is good enough with high level of experience will determine the winner, but also the champions’ mentality has to be present in the mind of every individual on the pitch.

Why Many Doubt in Belgium?

By looking back to latest international tournaments, we can see how Belgium failed to qualify for Euro 2012, and were beaten in the quarter-finals at both the 2014 World Cup (by Argentina) and the 2016 European Championships (By Wales). But this time the team is more experienced and they have a better head coach. Still analysts doubt in Belgium to be able to knock the real big boys such as Brazil, Germany, France and Spain.

In addition, Martinez is quite good at the attacking side of the game but not defensively. Would he fix his weaknesses in the World Cup? Maybe, but what about Lukako’s lack of clinical finishing, and the weaknesses of wing backs Carrasco and Meunier who are decent players but not top class. Belgium still have some things to fix and it remains to be seen if those weaknesses would cause Belgium to fall short in Russia.

Unsurprisingly bookmakers have very high expectations for Belgium World Cup campaign. At Betvictor Sportsbook, the odds stand at (3.75) for Belgium to reach the quarterfinal. They are (6) for Belgium to show up in the semifinal, and they are (9) for the Red Devils to play in the World Cup final match and to end up as runners up.

Belgium World Cup odds to be 1st time winner have a good value of (12), sitting just below Brazil (4.5), Germany (6), Spain (7.5), France (8) and Argentina (10). Do you think the golden generation of Belgium will be able to progress in Russia? Are they capable of winning their first international tournament ever? Or maybe they will crash out as it happened with England’s golden generation in 2002 and 2006?