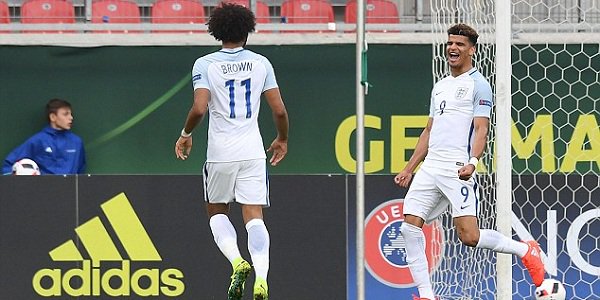 Where to find the best odds to bet on Euro U19 Championship 2017? Let us help you find those sites!

Well it’s obviously not an easy question, but upon taking a quick look at the best Euro U19 Championship odds online, the decision becomes a bit more easy to make: You should join BetVictor, they are the ones with the best offers for Euro U19 Championship 2017 betting. And you can also check out the BetVictor review before you start playing!

Which team should I bet on at Euro U19 Championship?

According to Euro U19 Championship 2017 betting predictions, you should bet on England to win the trophy. You can find the best odds for England to win at BetVictor. They rated the English success at 3.50 (5/2). England kicked off the tournament the way they were supposed to: by beating Bulgaria easily to 2-0.

The biggest challenger against England could be either Portugal or the Netherlands. Germany are also a favourite at online sportsbooks in the UK, but they were trashed by the Netherlands in the first matchday. Can Germany come back from a 1-4 defeat? Will the Netherlands be able to build on this? Or will England just win it all the way? Place your bets now!