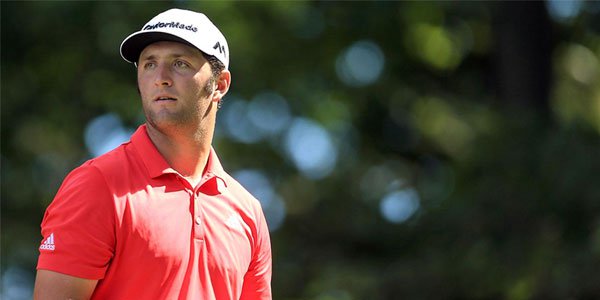 In this article we’ll take a look at some of the most promising young golfers to bet on in 2017, and discuss what each man’s odds are to win upcoming tournaments.

We’re more than halfway through 2017, and a number of major tournaments have already taken place. We recently covered the odds for the upcoming Open Championship set to take place on July 20th, but which young players have a real shot at winning?

In this article we’ll take a look at a few of the best young golfers to bet on 2017. There are a number of exciting tournaments scheduled to take place in the future, and Paddy Power is the best place to find all the odds.

Japan’s top golfer, and one of the best young golfers to bet on in 2017, is 25 year old Hideki Matsuyama. Since turning professional in 2013, he’s competed in many of the biggest tournaments in golf, reaching second place at this year’s US Open.

While he’s yet to actually win a PGA major championship win, Matsuyama is oftentimes one of the most competitive players. It’s common to see many online sportsbooks in the UK list him as a golf betting favorite.

Matsuyama managed to win the Waste Management Phoenix Open for the second straight time. As of now Matsuyama is ranked number 2 in the world golf rankings. There’s no doubt he’s one of the best golfers competing right now, though he’s being given odds of just 20/1, according to Paddy Power.

23 year old Jordan Spieth has been a top player for a few years now. 2015 was truly the year he shined, winning both the Masters Tournament and US Open. Since then he’s failed to win any major championships, but he’s remained one of the top players in tournaments and many golf betting experts oftentimes list him as a favorite.

Jordan Spieth won both the US Open and Masters Tournament in 2015 (photo: thesportsquotient.com)

The golf oddsmakers are also listing Spieth as one of the favorites to win the PGA Championship this year. This tournament is taking place on August 13th, and Jordan’s odds to make UK gambling news with a win are set at 12/1.

It’s impressive that after just one year of turning professional Jon Rahm has turned into one of the best young golfers to bet on in 2017. Rahm attended school at Arizona State University where he won the Ben Hogan award in both 2015 and 2016.

Rahm managed to make more than $1 million USD in his first seven PGA Tour events in 2016, though he has not yet won any major championships. Somewhat surprisingly, he’s ranked 11th in the world professionally, meaning golf analysts feel he will only get better as the years progress.

The Open Championship is just around the corner, and Rahm is one of the best golf betting underdogs you can go with. As of now, his odds to win his first major championship are set at 20/1.

There are a number of great young golfers to bet on in 2017, but the three we listed here likely offer you the best opportunity to cash out. Make sure to check out Paddy Power for a full list of 2017 golf betting odds, and tell us who you think wins the Open Championship in the comment section below!