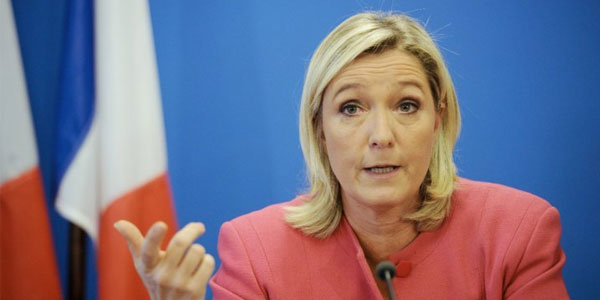 It’s been a wild year in politics across the world. The next French president is set to be elected in May of 2017, and you can bet on Marine Le Pen getting the nomination.

At first glance, Marine Le Pen’s odds to win the French Presidency appear slim. France’s electoral system mandates that the President must win the majority of the electorate, and as of now that seems like a difficult, but possible proposition. It won’t be easy, but many of Le Pen’s rival parties are currently having troubles, and her path to the presidency is now clearer than ever. Let’s take a look at how she can win.

Political Landscape at the Moment

The presidential campaign is officially underway. Just a few days ago, French gambling news broke that former President Nicolas Sarkozy had been knocked out of a primary to determine the presidential candidate for the center-right republican party.

Somewhat surprisingly, former Prime Minister Francois Fillon has emerged as one of the most popular candidates to win the Republican Party nomination. Good performances in recent debates has risen his public image, and he is now the PaddyPower betting favorite to win the entire presidential election.

France’s left-wing parties are somewhat in shambles at the moment. It seems likely that liberals would vote for Alain Juppe if it comes down to him and Le Pen, but the same cannot be said for a Fillon-Le Pen race. If indeed this happens, a bet on Marine Le Pen might be your best gamble.

What are the Betting Odds?

As we mentioned before, most online sportsbooks in France list Francois Fillon as the betting favorite to win the French Presidency. His increasing popularity in polls has raised his betting odds to 4/6, according to PaddyPower.

Francois Fillon is the current favorite to win the presidency (photo: newsdujour.fr)

Marine Le Pen is listed as the second favorite to win the election with odds of 9/4. The National Front has dealt with their shares of controversies over the years, but after a number of economic and immigration issues, they are more popular than ever.

How is Le Pen now a Betting Favorite?

There are a number of reasons why Marine Le Pen’s National Front Party is growing inside of France. In many ways, it is due to similar issues that those in the UK and US feel they are facing, and we saw what happened there with Brexit and the election of Donald Trump.

There are a number of reasons why the National Front has been gaining traction in France over the past few years. One obvious reason is the massive concern over immigration inside the country. There have been multiple major terrorist attacks inside of France the past few years, and with the influx of migrants entering, many in the country feel there should be stricter borders.

Another reason is the increasing nationalism across the world. We are beginning to see more and more countries wanting to focus primarily on their own issues, and for better or worse, this is one of the National Front’s main focusing points.

Both of these reasons make a bet on Marine Le Pen winning the presidency a solid wager. As we’ve seen twice this year, election results can be unexpected, and you never know who will win until the voting has finished.

Will you vote on Marine Le Pen to win the presidency? If not, who do you think will win? Tell us what you think by leaving a comment below, and make sure to check out PaddyPower for a full list of political betting odds and the best pinoy bingo prices on the internet!