Bet on Messi to Leave Barca – Is It Actually Posible? 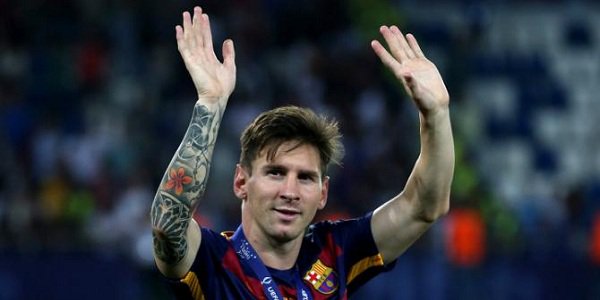 Lionel Messi’s contract with Barcelona is about to expire and he seems unwilling to sign a new one… Should you bet on Messi to leave Barca?

After losing Neymar to PSG on a “free transfer” of €222 millions, Barca could get hit hard once again: Lionel Messi’s contract expires next summer, and he will be allowed to negotiate with clubs as soon as the new year starts. If he refuses to renew his contract with Barcleona, the Blaugrana could end up losing their most outstanding player for free. Could that actually happen? Check out the best sites to be ton Messi to leave Barca!

Bet on Messi to leave Barca – Where would he go next?

Bet on Messi’s next club!

While Lionel Messi spent his entire life playing for the Blaugrana, it could be possible for him to leave Barcelona as soon as his contract expires, at least according to the odds in the online sportsbook directory. The best player in the Catalan team is unsure whether or not he wants to continue his career with the Azulgranes.

Of course one of the two best players in the world would not lack teams that would love to sign him, especially on a free transfer. PSG was willing to pay €222 million for a much weaker footballer, so they would probably also be willing to reunite the Messi-Neymar super duo, giving the highest salary of all time to the Argentine.

But as the transfer fee wouldn’t be too much of a problem, there could be even more teams dreaming of having Messi in their squad. For example, Pep Guardiola, as one of his biggest fan and as the manager who spends the most money, would definitely be among the first ones who’d try to get Messi.

But would Messi be interested in a move away from Barcelona? Would he be willing to let his team lose hundreds of millions of Euros if he was to leave? Would he be willing to let his contract expire just to find a new club for himself in an easier way? It’s not impossible to imagine, and online sportsbook sites in Spain do believe he is capable of such a thing. That’s why you can already bet on Messi to leave Barcelona.

Will he renew if a new Barca President is elected?

Barca president Josep Maria Bartomeu is likely to be replaced by someone who suits better for such a position in the near future. Should that finally happen, the Argentine crack will probably reconsider his options. Barcelona, under the rule of Bartomeu, has lost a lot of its prestige as well as its professionalism.

The directory board, with Bartomeu’s lead, keep making the weirdest deals and they don’t seem to be capable of actually doing something good for their club. In addition, he was caught lying many times. Let’s not get into the details of the Neymar business they made with Santos, and let’s focus on more recent issues: a few days ago he gave an interview to online sportsbook news sites in Spain saying that Messi already signed a new contract.

Only one day later he had to correct himself that no, Messi did not sign a new contract yet. And if the Argentine is at least half as clever as good of a footballer he is, then he won’t until a new president is announced. Barca supporters already started collecting signatures in hopes of forcing a No Confidence Vote against the reigning President. Should Bartomeu be revoked, former president Laporta would be the most likely candidate to replace him.