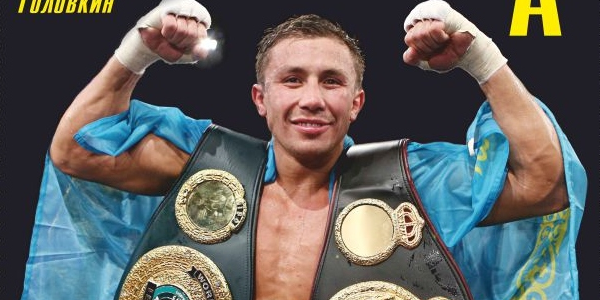 One of the most compelling fights in world boxing, a trilogy between Canelo and Golovkin is likely taking place this year. Given the outcome of the first two fights, GGG is a massive underdog at Canelo vs Golovkin trilogy odds.

The trilogy fight is set to take place this year, with an increasing demand form the boxing fans and with declared interest by both fighters. Recently The Athletic has confirmed Canelo and Golovkin camps have verbally agreed on financial terms for the fight.

The two champions have fought each other twice in 2017 and 2018. The first fight ended with a draw, despite many think GGG deserved a win. In the rematch, Canelo won a close 12 round majority decision, but many think the rematch was better suited to end with a draw. After the rematch, 10 out of 18 major media outlets had Golovkin winning while seven called it a draw and only one gave the fight to Alvarez.

For the first two fights, Golovkin was the favorite at most online sportsbook sites in the United States. However, he is currently the underdog at Canelo vs Golovkin trilogy odds with a value of +225 at Unibet Sportsbook. Whereas Canelo is firmly favored with -265, and a draw stands at +2200. Here is why Canelo is the A-side and GGG had no chance but to become the underdog.

Canelo Alvarez needs to get a definitive win over GGG

The four-weight division champion has no fight coming yet. There have been rumors for him to get Billy Joe Saunders from his way first before squaring off against GGG. However, with the current crisis, the Mexican champ might decide to directly take on GGG. Canelo has been highly active winning three fights including two by knockouts after his rematch with GGG. But, he still needs that definitive victory over GGG to proclaim his dominance over the middleweight division.

Canelo holds a record of 53-1-2, with 36 KOs. His only loss came at the hands of Floyd Mayweather Jr. At the age of only 29 Canelo holds multiple belts, and he is at his prime. He is well-schooled, very experienced, and aggressive. As Canelo vs Golovkin trilogy odds show, Canelo will likely be the better fighter at all levels.

GGG is no longer at his prime

The IBF middleweight champion has a record of 40-1-1, with 35 KOs. The only two setbacks on Golovkin’s resume are the draw and the controversial loss against Canelo. At this point, Golovkin has a mandatory defense for his IBF middleweight title coming up in June against Kamil Szerneta in California. However, online sportsbook news sites in the United States expect the fight to be suspended and a new fight against Canelo to be set for September.

The 37-year-old Kazakh remains a big name in world boxing. But, he needs a win against Canelo to regain his reputation as the best in the division. Despite that, many fans believe Golovkin is slowing down. Besides, a win by points seems to be almost impossible against Canelo. We all know what happened in the first two fights! Not to mention, a knockout is even more difficult to predict.

If you are looking for all the best boxing odds, look no further and check out our review about Unibet Sportsbook.