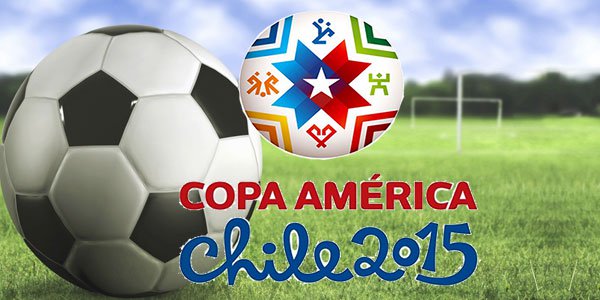 We are aiming to introduce the 12 participating teams of the Copa América and we are starting by presenting the Colombian national team.

The clashes of the South American continental football tournament will start soon. We intend to introduce all the 12 participating country’s national teams before the upcoming event so that our readers will know more about the best teams of the area.

In our first episode, we will introduce the Colombian national team. Los Cafeteros are among the top favourites, right after Brazil and Argentina, mostly because of their great performance on the World Cup. But what do we know about their previous performances in the prestigious event? Basically everything, if we keep on reading the article.

Colombia has improved significantly as a football nation in the past 2-3 decades. Colombian gambling news declared that the greatest success of the country’s national football team on the Copa América was a second place in 1975. That is the first time they ever managed to be in the top 4.

Due to this success, they started improving and getting better and better results in the continental tournament. Los Cafeteros have reached the fourth place in 1991 and 2004, and they also finished on the third place in 1987, 1993 and 1995. In 2004, they reached the semi-finals where Argentina defeated them easily by 3-0, and they also lost the bronze game by 2-1 to Uruguay.

Other than that, they have only one second place, the above-mentioned one from 1975, and they also won the tournament only once. That happened in 2001, when Colombia was the hosting nation of the prestigious event. Colombia have had an impressive winning streak in that year’s competition, however they did meet neither Brazil nor Argentina.

They won all their games in the Copa América in 2001. They qualified from the group stage to the knock out round with a winning rate of 100% as they defeated Chile, Ecuador and Venezuela. Then they defeated Peru by 3-0, Honduras by 2-0 and Mexico by 1-0 respectively in the quarter-finals, semi-finals and the final.

Colombia’s recent form is promising for the upcoming competition

Colombia has been running on its best form in the entire history of the national football team. They are in a winning streak of 6 games but their form in the past few years is truly amazing. Colombian gambling news report that the football team only lost 4 of their last 32 games.

Their incredible series started on the World Cup qualification in the September of 2012. They defeated great times like Urugay or Chile easily by 4-0 and 3-1 respectively. In addition, they defeated the USA and Belgium on friendly games, and tied with Brazil and the Netherlands on friendly matches and with Argentina in the qualification.

They were drawn in the same group with Greece, Japan and Cote d’Ivoire in the group stage of the World Cup. Colombia surprisingly qualified for the next phase by defeating all their rivals in the best 32 teams of the most prestigious football event. In the Round of 16 they faced Uruguay and went through by 2-0, only to get knocked out by Brazil, the host nation, in the quarter-finals.

Since the World Cup, Colombia has played 7 friendly games, and won 6 of them, they only lost again against Brazil right after the World Cup. They are resting as the 4th best team of the world, according to FIFA’s latest ranking. They will have one more friendly games against Costa Rica to prepare for the Copa América.

Los Cafeteros has a strong squad and can cause surprise

Colombia will start the continental tournament on the 14th of June against Venezuela. Their other opponents in the group stage will be Brazil and Peru. Los Cafeteros willl have to fight these teams in order to reach one of the first 2 places and secure their place in the next round of the competition.

Various mobile betting sites in Colombia believe that José Pékerman’s men will be able to make it to the next round. In addition, they believe that the national team can make it very long in the tournament and get one of the best places in their history as they are regarded as the 4th biggest favourite according to Bet365, who has set the odds for their final success at 7.00 (6/1).

Colombia is, according to online sportsbooks, expected to perform well in the tournament due to its great form in the past few years and because they have one of the strongest squads amongst the South American teams. Few years ago, everyone would have said Radamel Falcao as the greatest Colomban star, however he is out of form by now.

Yet, Los Cafeteros are full of great players such as Sevilla’s Carlos Bacca, Porto’s Jackson Martinez, Chelsea’s Juan Cuadrado or Arsenal’s David Ospina. However, the most well-known and popular player is Real Madrid’s number 10, James Rodríguez, who was top scorer of the last World Cup in Brazil.
Read more about how to bet on the Copa America here