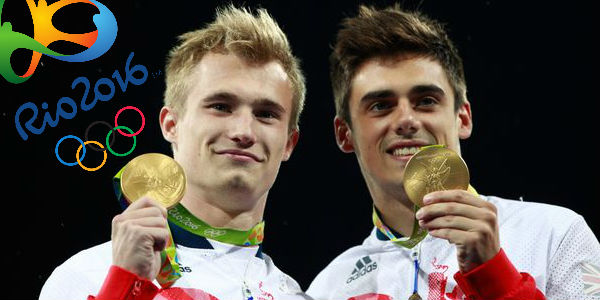 The final of the synchronized 3m springboard diving at Rio Olympics witnessed one of the most dramatic Olympic diving event in many aspects.

The final in synchronized 3m springboard diving at the Rio Olympics brought much more than the usual excitement. If the green water in the Maria Lenk aquatic center was one of the main issue in all sports news in the past days, the final from last night offered reasons for far more pages to be written. All of you who bet on sports in Brazil, certainly passed through some hard time with the favorites in this competition because a historic surprise has just happened.

• No free dive for the Mexican pair

• Laugher and Mears brings the first gold to Britain

The hosts of the Olympics usually get free place for most of the disciplines although they are far from the Olympic norms required for participating in those competition. Yet, it seems that a decision not to participate might be better than to expose the athletes on shaming. And that is exactly what happened to the Brazilian Ian Matos after losing the control in the air during his dive in the second round of the final. It certainly wasn’t of the proportions of Stefan Feck’s dive in London four years ago but it was still disastrous enough to cause a terrible reaction of shame on the face of the Brazilian diver.

The jump costed him and his partner Luiz Felipe Outerelo an absolute loss of concentration until the end of the final. Instead of competing for better results, the spectators had the impression that they just try not to make some spectacular mistake again. Nobody cared about synchronization any more. Just let them dive with control over their bodies.

Scandalous decisions by the judges

The final round started with only 2.7 points advantage of Great Britain in front of the favorites China and around 6 in front of the US. The tension was growing. And when everyone was expecting the final dives by these three teams, an absolutely unusual break for an Olympic competition happened. When the Mexican pair Rommel Pacheco and Jahir Ocampo were heading on the springboard, right before they jump a light from above the springboard appeared which clearly defocused the Mexican divers. The Mexicans complained and got back to the springboard in order to repeat their dive.

However, in 5 minutes of total confusion what to do the judges announced their results from the dive as official and final. The confused Mexican waiting to re-dive had to come down as they saw the American divers already next to them preparing to jump into the pool. As internet betting sites in Mexico mention, when a case like this happened with Tom Daley in London 2012, the judges allowed him a re-dive instantly. The Mexicans in Rio didn’t have that luck. They didn’t have chance for medal, but for the sake of fairness they should have repeated the last dive.

Finally, Great Britain is the new Olympic champion in synchronized 3m springboard diving. Before the competition, the British pair, Jack Laugher and Chris Mears seemed to be there near the top but never considered to be top favorites. Yet, when they took over the lead after the second round of the final from the Chinese Kai Qin and Yuan Cao, one could feel that something interesting is going to happen.

Until that moment the Chinese divers haven’t lost the lead in any of the rounds from all the previous finals in 3 other diving categories. But the second round from yesterday announced the British sensation. The 2 ½ somersault with three twists from the fifth round by the British only strengthen their lead until the final, when a great dive brought them the gold. As online sportsbooks in UK note, first, historic gold in this diving category for Great Britain.