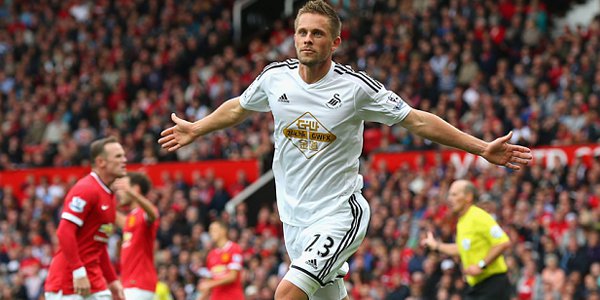 The bookmakers are laughing all the way to the bank after this weekend’s defeat of Manchester United by Swansea but will the rest of the season be as surprising?

There’s a good deal of schadenfreude in sports, it’s one of the few arenas in which one can take pleasure in the misfortune of others and not feel guilty about it, that just happens to be how the cookie crumbled. However even within sports there are some events that are so gloriously laden with this oh-so German sentiment they make merely being glad your team’s top rivals lost seem positively encouraging. Manchester United getting beaten on the first day of the English Premier League in front of their home fans by a team with a vastly smaller budget and reputation? That’s just priceless.

However it won’t just be just fans of Swansea who are enjoying a huge laugh at the expense of the defeated and demoralized Manchester United, the bookies did quite well out of this surprise gambling news too. Over 30% of all bets on the English Premier League last weekend were for a United victory as many expected their new manager Louis van Gaal to have bullied them back to a better quality of play. Alas despite Swansea defending deep Man U. couldn’t convert chances into goals.

The 2-1 loss has left Van Gaal demanding more signings to improve the team enough to stay competitive (which has to do the egos of the current team just massive worlds of good) and the tabloid press howling with delight and lurid headlines. There’s only one game of the season yet played and still the odds on Manchester United winning the English Premier League have slipped across online sportsbooks in the UK from 5/1 to 8/1 leaving arch rivals Chelsea favorites at 7/4, Arsenal at 9/2 (up from 8/1) and Liverpool closing up from 11/1 to 10/1.

With upsets like this on the first day of what is an awfully long season already lining the bookies pockets we could see an increase on outside bets as what has often been criticized as a four horse race opens up a little more and some of the teams fighting in the middle of the table surprise the big boys more often. Oh, and whilst it’s very hard not to chuckle at Manchester United getting beaten at home on the first day of the season, bookies offering 4/1 on Louis van Gaal losing his job before the end of the season seem just a tad precipitate, don’t you think?