Genting Is Betting on VIP Customers, But Will Its Plan Work? 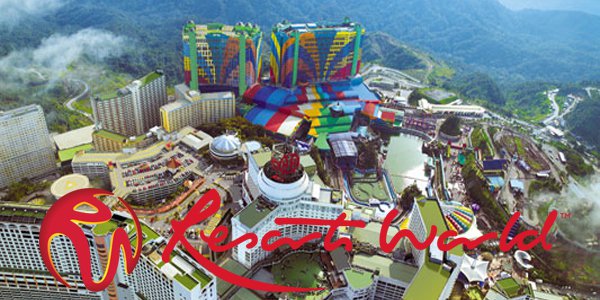 As the competition for Asian high-rollers is firing up, Genting is struggling to make it in the UK, US and Malaysia.

Resorts World Genting is getting a tune-up. The company’s Integrated Tourism Plan is expected to boost the number of visitors at the Malaysian casino resort, but there is still a lot of work to be done.

For now, the outdoor theme park, a few sections of the First World Plaza and the Arena of Stars are closed, although the latter should be ready by November. The casino company says its core business won’t be affected much by the closure, but completing the development plan is essential for growing its mid and premium segments.

While Genting’s Malaysian operations are getting a lot of attention, the company taking measures to mitigate the volatility of high rollers at its London casinos and trying to revitalize its business in the domestic markets.

Casino developers worldwide are well aware of the Asian gambling market’s potential. Macau’s revenues have long surpassed Las Vegas profits, and this is mostly due to Asian high-rollers who have countless options much closer to home.

Major investors are looking to develop new casino resorts in Australia, Singapore, Philippines, and even in Japan – if lawmakers approve the pending casino bill to open up the local market in time for the 2020 Olympic Games. One of the most “dangerous” competitors is James Packer’s Crown Resorts. The company has received approval to build a new VIP casino at Barangaroo, an inner-city suburb of Sydney.

Considering that the competition is really stepping up its game, the Malaysian gambling market could sure use a breath of fresh air, and no one else knows this better than Genting. Under the current Malaysian gambling laws, the country only offers casino gambling, slots, lottery and horse racing. Due to religious reasons, Muslims living in the country are not allowed to gamble.

The country’s gambling scene is not colorful enough to handle competition from Macau or Australia, who swallow up a large part of the market. Options are limited for locals too, since there are no Malaysian online casinos either. The state has really no other way to keep up than by investing in its casino operations and entertainment facilities to draw more tourists and gamblers.

Of course, the casino industry is constantly growing, which is a sign that there is a lot of money to be made. But if you are looking to invest your money, make sure you choose carefully, because not all developers have a bright future ahead.

Genting seems to have secured a good place for itself on the UK market, as well as in Malaysia. The construction and development project of Resorts World Birmingham is moving forward as planned, and the resort is expected to open in the second quarter of 2015.

According to financial reports, Resorts World New York is also doing well. Despite warnings from industry experts, who claimed that the US market is oversaturated with casinos and American poker rooms, Genting described its results as encouraging and added that its NY market share is growing.

With the ongoing expansion of their infrastructure and capacity, operations in Bimini are still pretty far from reaching the expected level. But the number of visitors will grow after the deep water jetty and an additional luxury hotel finally open, at the end of this year. The improved accessibility and room capacity should help business grow.

Knowing that both Malaysian and UK operations depend a lot on VIP customers, financial experts are unsure about Genting’s success in its future plans to shift focus from the mass segment to the high-roller segment. This would make the company more vulnerable to the volatility of the VIP business. According to a report by Kenanga Research, UK operations will also most likely continue to struggle for exactly this reason.

In any case, the casino developer is moving forward with its Genting Integrated Tourism Plan, which requires spending a total of RM5 billion over a period of 10 years to develop and improve its Genting Highlands operations.

Management hopes this will eventually lead to an increase in the number of overall visitors, which is why it’s adding 1,300 rooms to accommodate VIP and premium mass customers. The deadline for this project was mid-2015, but the company announced that construction was ahead schedule, and the first 500 rooms will become available by this Christmas.

Investing in such development projects could prove to be risky if the company loses its bet on VIP customers, but what’s important is that Genting is improving its offer and this can only mean good news for Asian gamblers looking for the next casino hot spot.