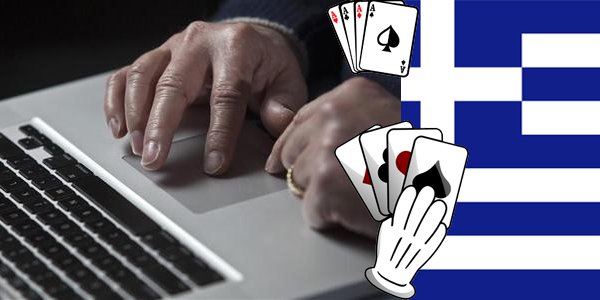 Authorities have every reason to be concerned about the turn things have taken on the Greek gambling market.

While regulated casino revenue is dropping in Greece, illegal gambling is on the rise and making billions. Recent Greek gambling news reports the country’s illegal gambling market has generated EUR 5.5 to 6 billion over the past year.

During a briefing with the Committee on Institutions and Transparency, Evgenios Giannakopoulos, president of the Greek Gaming Commission, added that there were between 60,000 and 100,000 gambling machines operating illegally in the country.

According to the president of the regulatory body, the Greek Organization of Football Prognostics (OPAP) will begin installing its own licensed machines this year and this should help combat the spread of illegal gambling terminals.

Giannakopoulos quoted studies showing that the money gambled away illegally usually comes from a specific type of customers, namely uneducated people who are exposed to risks like gambling addiction.

“These people are likely to play 4 or 5 times a day and if they are asked they say that they are planning on gambling EUR 100 when their gross yearly income is EUR 15,000. If you look at the numbers closely, they don’t add up,” he said.

Authorities are looking to offer local players more legal and safe options for gambling, and are hoping that the machines installed by OPAP by the end of 2014 will be the solution to this problem.

Until recently OPAP had a monopoly on all gambling operations in the country, but as of 2013 Greek gambling laws allowed one third of the company to be sold to foreign investors, while the government still controls about one third of it.

Greece has been struggling over the past few years, making several (failed) attempts at tacking the whole gambling issue. Authorities wanted a monopoly, but this was not in compliance with European standards, as the EU is trying to promote a free and liberal market.

In 2011, the government passed a new Gambling Act which allowed foreign operators to enter the local market, but imposed an exclusive 30% tax rate for all outsiders. In addition to this, the licensing procedures were vague enough to chase potential investors away. Following an unfavorable European court decision given last year, the Government is looking at changing the rules again.

The same thing goes for online gambling sites in Greece. OPAP’s monopoly extends to the internet, both for sports betting and for casino games. Meanwhile, some foreign operators have been blocked and this has upset the industry. Local players can still access a number of foreign-based websites, but this is not technically legal, so they do it in the privacy of their own homes.

With all these changes and problems, the president of the Gaming Commission believes that Greece is going through a transitional stage, taking slow steps towards opening the market and improving its offer.

At the moment, 24 companies are operating in compliance with Greek gambling laws, but authorities have also shut down 438 other firms that were offering services without a license.

After the state imposed a 30% gross gaming revenue (GGR) tax, the Greek monopoly generated EUR 345 million in revenue during 2013. According to a report released not long ago, net profits were down 72.1%, falling to EUR 141.1 million. Overall revenues declined by just 6.6%.

However, chief executive officer Kamil Ziegler said figures for the fourth quarter followed “an encouraging trend.” In a statement released by the company, he added that OPAP had managed to add new products to its portfolio. In addition, consumer spending has stabilized and this led to an increase in year-on-year revenue.

At the moment, OPAP is focusing on improving its offer and becoming more efficient, and this might help profits go up on the long run.

The GGR tax was imposed despite several complaints sent to the European Commission, as online operators were already being taxed at the same rate and were not happy about it.