Is Melania Using a Body Double? Bet on the Fake Melania Confirmation

News >Is Melania Using a Body Double? Bet on the Fake Melania Confirmation 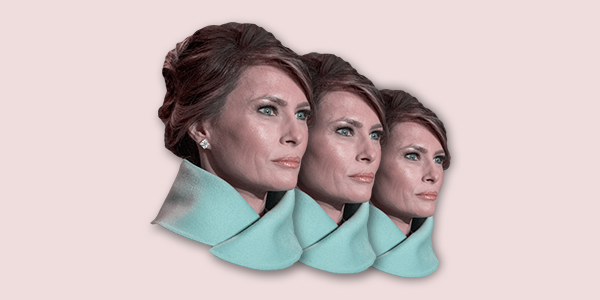 Melania Trump is slowly but surely eclipsing her husband as the bookies’ novelty-bet darling. This time, the enigmatic Slovenian beauty has reached news headlines because of a conspiracy theory about her alleged stand-in. Do you think that Melania is using a body double? Would you bet on a Fake Melania confirmation by the White House?

October 20th marks the day when rumors about Melania Trump being substituted by a body-double started to spread. The news sparked from a Facebook post that compared a bunch of photos from Melania Trump’s recent public appearances, imposing the question:

“Will the real Melania please stand up?”

The rumors were disproven when a few more photos from the same event have emerged, proving that the lady behind the designer sunglasses was Melania herself. However, it was too late to stop the conspiracy theory from reaching US gambling news.

Why would Melania use a body-double?

If Melania Trump uses a body-double, it’s probably because she’s sick of the limelight or her husband. It was confirmed by numerous sources close to Melania Trump that she is rather shy and soft-spoken. Or maybe, she’s just tired of the treatment she had to face recently. For example, when Trump forgot that she’s standing next to him and said: “Melania really wanted to be with us.” How could Trump forget about his wife standing right next to him?

Is there any chance for a ‘Fake Melania’ confirmation from the White House?

Let’s suppose that Melania is really using a body-double, just so she can spend more time home alone and with her son, Barron, whom she seems to truly care about. Now that the Fake Melania theory has conquered social media, an increasing number of people are keeping a close eye on Melania Trump.

This could lead to four outcomes:

Bet on the Fake Melania theory

If you believe that there’s a Fake Melania and it will be confirmed by the White House by the end of 2017, make sure to bet on the event: Paddy Power Sportsbook offers it with 33/1 odds!