Mourinho’s New Contract Ties Him to Chelsea Until 2019

News >Mourinho’s New Contract Ties Him to Chelsea Until 2019 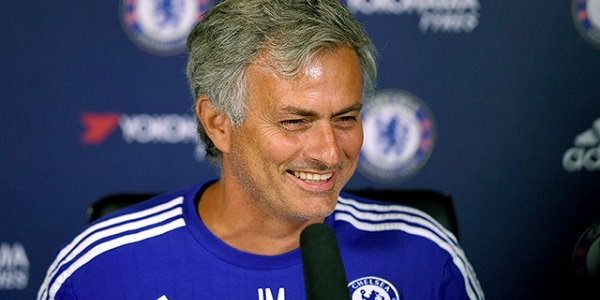 Mourinho’s new contract will make the Portuguese one of the richest football managers.

José Mourinho’s new contract with Chelsea will be valid until 2019 and will pay GBP 30 million for the Portugese manager’s services. online gambling sites in the UK report that the agreement between the two sides has been made official in recent days on the English club’s official website.

According to the reports of various internet casinos, the successful team boss said that he was happy if the club was happy. The Portuguese also added that this is a perfectly normal thing to renew his contract as he is happy at Chelsea. Mourinho also told that the English club is his favourite team ever, and it makes him happy to know he will be able to stay there.

Mourinho’s new contract is because of his great triumphs

Mourinho is one of the most successful managers of our time and is a legendary person at the Blues. UK gambling news report that his side won the Premier League as well as the Capital One Cup during the last season. His main ambition is, however, to clinch the Champions League with his side as he has never won it with Chelsea – “only” with Inter and Porto.

Mourinho told the reporters that he expects his team to show even better improvements in the near future. His side can start collecting points against Swansea City. The odds for José Mourinho’s success are 1.4 (2/5) while the odds for Swansea City’s victory are 10 (11/1) by Bet365. The online sportsbooks believe Chelsea the title-holders are clear favourites for the clash.