The NCAA Men’s College Basketball usually held in March. And the bookies are already ready with the odds of who will be the champions 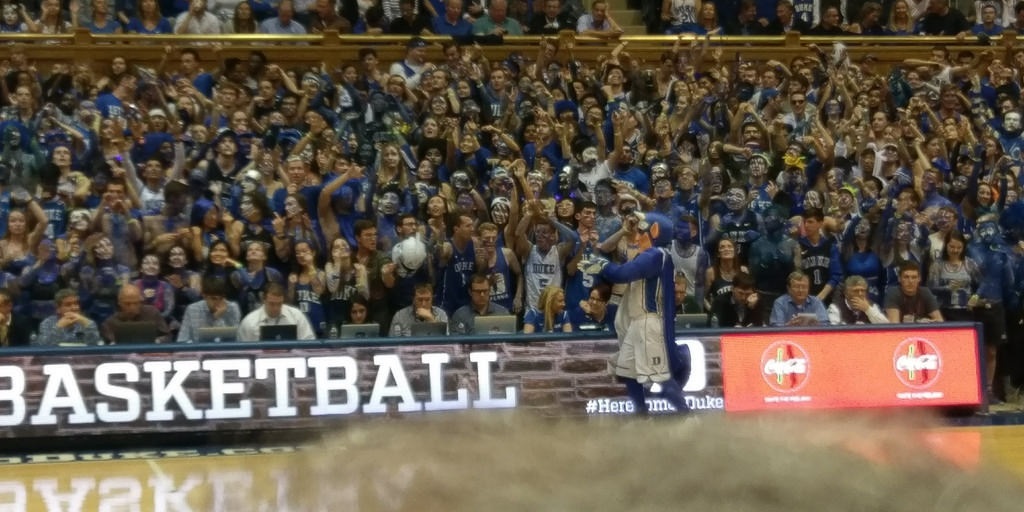 The NCAA March Madness has become one of the most popular annual sporting events in the USA and it seems the Duke Blue Devils have the best odds of winning!

The NCAA Basketball Championships which is branded as March Madness really lived up to it’s name in 2018.

Nevada made it to the quarterfinals or the Elite Eight. While underdogs UMBC Retrievers defeated the top seeded or number 1 ranked Virginia Cavaliers!

The Loyola Ramblers made a spectacular run to the Final Four of the competition. That couldn’t have happened without their memorable star Sister Jean Dolores Schmidt who was their basketball chaplain and number 1 cheerleader.

According to online sportsbook news in the USA, the 2018-2019 season would soon be here. We’re going to highlight those teams with the best winning odds.

The Duke Blue Devils have the best odds at +450. This must be attributed to their excellent recruiting during the preseason period. They have Zion Williamson, a power forward from North Carolina and 2 small forwards, Cam Reddish and R.J. Barrett.

Duke hasn’t been in the Final Four for 3 seasons. They would be hoping to change that especially since all these new players are projected to be in the top four of next year’s NBA draft. They would want to be national champions like they were in the 2014-2015 season.

Underdogs you can bet on!

The Kansas Jayhawks, who have won 3 NCAA basketball championships were looking for a 4th but that was thwarted by the Villanova Wildcats who went onto win the competition. Their odds respectively are +750 and +1200.

This time, though, the Jayhawks have recruited world class players like Quentin Grimes, David McCormack and Devon Dotson. They stand a good chance to turn up on top. Meanwhile Villanova haven’t really made any unique changes and with school in session, they have fallen behind on the odds board.

The Kentucky Wildcats are a very distinguished team. They have numerous outstanding records and have won the NCAA championships 8 times. With odds this time of +500 and the guidance of experienced coach John Calipari, they can certainly win again!

Remember to bet on all your favourite basketball teams on Bovada Sportbook!