Odds for Puskas Award 2017: Who Should You Bet On? 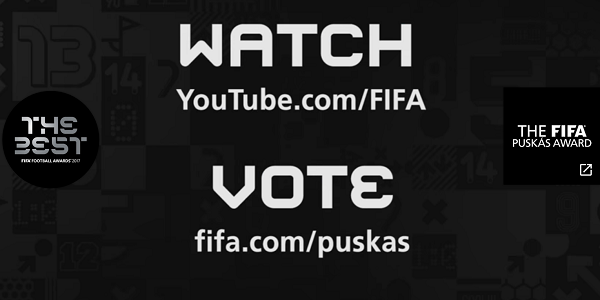 Will you watch the annual FIFA gala in the beginning of the new year? Are you planning to place a bet? Check out the best odds for Puskas Award 2017!

If you want to take advantage of the best odds for Puskas Award 2017, you should take a look at the latest review about Paddy Power Sportsbook. That’s where you can find the best novelty betting odds at all times, especially when it comes to special football betting odds.

Giroud, Masuleke or Castellanos, who will win FIFA Puskas Award 2017?

Today the list of the top three goals was announced by FIFA. The best goals were scored by the above mentioned footballers and while Oliver Giroud is obviously the most famous one of them, the other two scored just as beautiful goals. Giroud’s move was quite spectacular, but we can rarely see a goalkeeper scoring with a bicycle kick in the 95th minute too…

And Deyna Castellanos’ goal was also pretty impressive with an immediate shot after kick off. Watch the three best goals in the world in the video above and give your vote at FIFA’s website. And once you’re done with that, don’t forget to join online sportsbook sites in Switzerland and bet on Puskas Award 2017 winner!