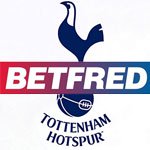 Thanks to Tottenham participation in both domestic and European leagues, one of the best online sportsbooks in United Kingdom Betfred can count on wide media exposure. Additionally, Tottenham proved to be a tough opponent for the British big four, which adds extra excitement to the side’s matches against the giant teams.

Head of global partnerships at Tottenham Hotspur, Tracey Keenan, also commented the deal: “We are looking forward to working in partnership over the course of the next three years to deliver a number of exciting and engaging consumer campaigns, which will help drive Betfred’s UK business.”

Tottenham is not the only British club to sign gambling sponsorships in recent time. Liverpool FC reached two agreements: with Paddy Power UK, Ireland, and Italy; and another one with 118Bet for the rest of the globe.

Tottenham’s first match in the new season is scheduled for today against Newcastle, while Liverpool will take on West Brom also today.