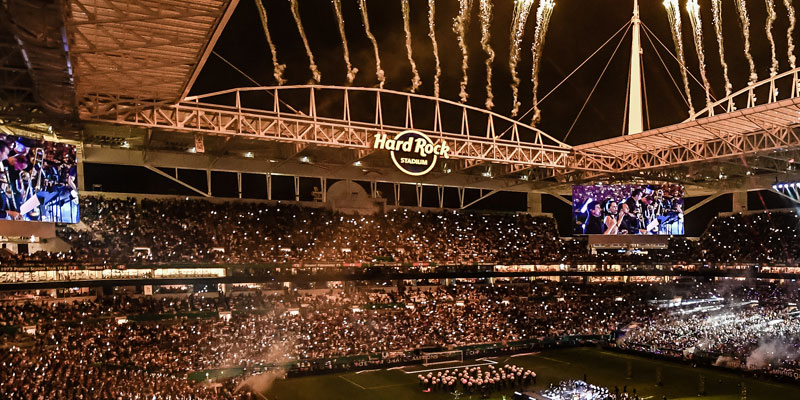 Although the 2019 Super Bowl recently ended, it’s never too soon to reveal some exciting winner predictions for the next championship game. The New England Patriots stand the best chance to defend their 2019 title thanks to their Super Bowl LIV betting odds. However, Kansas City Chiefs and Los Angeles Rams follow closely in the race for the Super LIV title.

These are the Super Bowl LIV betting odds of some of the title hopefuls according to GTbets:

The New England Patriots have the best Super Bowl LIV betting odds at +600 on GTbets to claim this year’s football title. The defending champions will most likely qualify for the playoffs with ease and retain their title at the Super Bowl LIV. They also have an impressive Super Bowl record with 6 wins from 11 appearances making them a safe option to bet on.

Their quarterback Tom Brady will be expected to lead the patriots to a win at their 12th Super Bowl appearance. Brady finished the 2018-19 NFL season with a respectable 65.8% completion percentage, 4,355 passing yards and 29 touchdowns.

Their Super Bowl LIV betting odds stand at +700 on GTbets, one of the online sportsbooks in the United States. This means that they could upset the Patriots by winning the American Football Conference and compete in Super Bowl LIV.

Fortunately, the Chiefs have a promising lineup to achieve a Super Bowl win with the likes of 2018 NFL MVP Patrick Mahomes. However, if they are to contest for Super Bowl LIV, they will need to strengthen their defense. Nevertheless, the chiefs are still a good option to bet on GTbets.

Los Angeles Rams trail behind title favorites New England Patriots with Super Bowl LIV betting odds at +800 on GTbets. They also don’t have the best Super Bowl record with 1 title to their name from 4 appearances. The Rams were Super Bowl LIII finalists but lost to the Patriots 13-3.

They are however predicted to be the National Football Conference winners and once again contend for the Super Bowl title. As potential NFC winners, the Los Angeles Rams will mostly likely play against strong potential AFC winners, the Patriots. Luckily, the club have one of the strongest defensive fronts in the NFL, led by Aaron Donald and Ndamukong Suh.

GTbets have given Cleveland Browns Super Bowl LIV betting odds of winning at +1100, one of the worst on the bookmaker. The club currently have one of the worst Super Bowl records with 0 appearances in the championship. This means that the chances of the club making a playoff appearance alone are unlikely.

The Cleveland Browns still however the potential to defy their odds. This is partly thanks to Baker Mayfield’s strong performance at the closing stages of the 2018-19 NFL season. Mayfield missed out on the last NFL Offensive Rookie of the Year award despite an impressive performance for the Cleveland Browns. However, he might just be a crucial element in the clubs hunt for their first Super Bowl title.

Miami Dolphins (+20000) have the worst Super Bowl LIV betting odds on the online betting sites in the United States. It would be a dream for the team to feature in and win the Super Bowl on home turf.

However, having last won the title in 1984, they are a risky football club to bet on. This might not be the year of the dolphins to lift their 3rd Super Bowl title. However, a NFL Playoffs appearance could be a good target for the American Football Conference club.