Place Your Bet on the 2017 NBA Championship Winner! 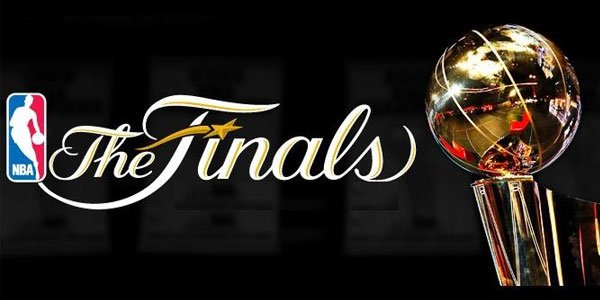 30 teams are still vying for their shot to make the playoffs, but members of Intertops can already bet on the 2017 NBA Championship.

We’re already more than two months into the 2016-2017 NBA season, and a number of teams starting to look like potential champions. Let’s take a look at some of the betting favorites to win the NBA Championship this year.

Leading the betting odds to win the NBA Championship in 2017 is the Golden State Warriors, who came up short in a historic loss to the Cavaliers last year. The Warriors currently hold the best record in the NBA at 30-5, and are in the midst of a 3 game win streak.

Steph Curry is considered to be one of the best players in the NBA (photo: knbr.com)

There may be no team in the NBA that can match the Warriors in terms of top players. Nearly every player on the starting roster is elite, most notably Steph Curry, Klay Thompson, and Kevin Durant.

The Golden State Warriors are seen as the safest bet on the 2017 NBA Championship. They appear to be at the top of their game this year, and will be looking to erase the memory of their 3-4 loss to the Cavs in the finals last year. With odds of 1.75 at Intertops, the Warriors might be your best option.

It should come as no surprise that the Cleveland Cavaliers are one of the betting favorites to win the NBA Championship this year. They are the reigning champions, and are leading the Eastern Conference rankings with a record of 26-7.

At the top of the Cavaliers’ roster is Lebron James, who was instrumental in pushing his team to the come from behind victory at last year’s finals. James might be the best player in the history of the NBA, but many analysts are wondering when father time will catch up to the legendary small forward.

It’s not exactly an underdog bet on the 2017 NBA Championship, but the Cavaliers have some good odds. Most online sportsbooks in the US have them behind the Warriors, and members of Intertops can cash out if they come out on top.

The Spurs have been a top team in the NBA for years now. They won the NBA Championship in 2014, and ended last year with the second-best record in the Western Conference at 67-15. Now, the Spurs are one of the top teams in the league with a current record in 28-7.

The Spurs have the third highest odds to win the Championship this year (photo: foxsports.com)

Kawhi Leonard and Manu Ginobili (who might win the NBA player worst name award) are arguably the two best players on the Spurs right now. Their entire roster is talented, and are certainly good enough to make it to the finals this year. There’s no denying they’re a serious underdog bet on the 2017 NBA Championship, but they are always competitive and are capable of beating any team on the right day.

The Clippers have emerged as a basketball powerhouse in 2016. They are currently ranked fourth in the Western Conference with a record of 23-14, and despite a paltry record of 12-6 at home, they are one of the betting favorites to win the 2017 NBA Championship.

The most recognizable player on the Clippers is likely 6’ 10” power forward Blake Griffin. Chris Paul and DeAndre Jordan are also start players for the team.

The Clippers have officially overtaken the Lakers as the best basketball team in Los Angeles. They have never won an NBA Championship, but are looking to make US gambling news this year by getting the job done. Their odds to win are currently set at 15.00

Are you planning to bet on the 2017 NBA Championship? Who do you think gets it done this year? Tell us what you think by leaving a comment below, and make sure to check out Intertops for a full list of NBA betting odds.