Place Your Bet on Who Conor McGregor Fights Next!

News >Place Your Bet on Who Conor McGregor Fights Next! 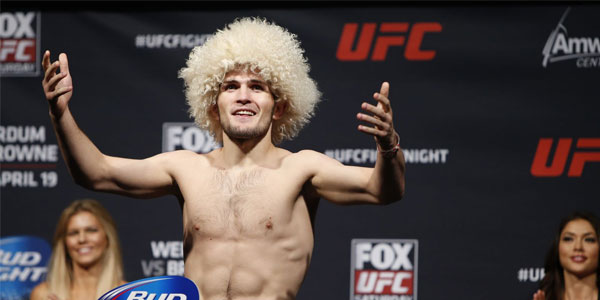 Just a few days after his crushing victory over Eddie Alvarez, you can already bet on who Conor McGregor fights next with Paddy Power!

Is there was any question as to who was the biggest star in the UFC before the last event in NYC, it has officially been answered. Conor McGregor reached an entirely new level of popularity by becoming the first fighter in the history of the UFC to win two championship belts simultaneously. The fact that he did this in the first ever MMA event in New York City made it an even bigger deal.

The real question now is, who does he fight next? As a two-weight champion, he is obligated to fight the top contenders in two different weight classes, and there are plenty of choices out there for him. Unsurprisingly, a number of online sportsbooks in the UK including PaddyPower are allowing their members to bet on who Conor McGregor fights next. Let’s look at some of the top choices.

The worst case scenario for almost all of the top contenders at both lightweight and featherweight is if the UFC decides to book the rubber match between Nate Diaz and Conor McGregor. There’s no denying this might be the biggest fight financially speaking, but it simply would not be fair to the fighters who have earned shots at the title.

Will the trilogy fight with Diaz be next for Conor? (photo: foxsports.com)

With that being said, fans would still pay money to see the third between these two men. Diaz is the only fighter to beat McGregor in the UFC, after which McGregor won the rematch by majority decision. PaddyPower lists Nate Diaz as the betting favorite to get the next McGregor fight with odds of 6/4.

In many people’s eyes, Khabib Nurmagomedov is the rightful contender to fight McGregor next. The Dagestani native is now 24-0 after dominating Michael Johnson on Saturday, and is 8-0 inside the UFC octagon.

Most analysts of the sport believe that Khabib poses the biggest threat to McGregor as well. We’ve only really seen Conor in trouble after being taken down, and there is perhaps no better wrestler in the sport than Nurmagomedov. Khabib has been campaigning as much as he can, and it’s hard to deny he is the most rightful contender.

Okay okay, Conor won his second belt easily inside the UFC, but moving to welterweight and trying for a third might be biting off more than he can chew. Tyron Woodley would have a massive size advantage in this fight, and he is one of the best wrestlers at 170 pounds.

Woodley would have a massive size advantage over McGregor at 170 pounds (photo: sherdog.com)

The thing is… McGregor could actually win this fight. And perhaps that’s the problem. What do you do with a guy who holds 3 titles? It seems unlikely, but that hasn’t stopped PaddyPower from listing Woodley as the third most likely bet on who Conor McGregor fights next with odds of 3/1.

This isn’t exactly the next fighter with the highest betting odds to get McGregor next, but the talk around the town is it could happen sometime in mid 2017. The media has been eating up the idea of Conor moving into boxing to take on Floyd Mayweather, despite many of the most prominent journalists in both sports stating it will never happen.

In an MMA fight, Mayweather wouldn’t last 20 seconds. Boxing, it remains to be seen. Floyd seems more likely to win that one, but with the power McGregor has you never know. One thing is for sure; this fight would draw a lot of eyeballs. If you’re planning to bet on Conor McGregor’s next fight and think Mayweather will be the man, then put down the money. His odds are at 20/1.

No this is not a joke. PaddyPower actually gives their members the chance to bet on Conor McGregor and Donald Trump throwing down in the near future. Who knows? Perhaps a meet and greet goes south and we get a good ol fashioned street brawl between “The Notorious” and old Donny.

Truth be told, a fight between Trump and McGregor would be huuuuuuge (photo: cnn.com)

No, let’s be real here, this will never happen in a million years. Nonetheless, if you want to bet on it, knock yourself out. Trump being McGregor’s next opponent has odds of 1000/1.

Are you planning to bet on who Conor McGregor fights next? Will it be someone we listed? Tell us what you think by leaving a comment below, and make sure to follow our UK gambling news page to stay up to date on everything related to betting on MMA!