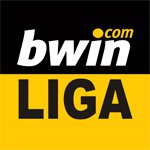 A recent announcement claims three season sponsorship of Portugal’s professional soccer league (or, “football”, as they prefer to call it over there). Under the agreement, the Portuguese Liga Cup competition is being redubbed “the Bwin Cup”.

As sponsors, bwin is permitted to display their logo on all player uniforms, for all who participate in the Portuguese league cup. Moreover, they may call themselves “Official Title Sponsor”. Bwin’s presence will be evident at all football club stadiums. Not least, they will also share in media exposure.

Bwin’s relationship to the League Cup’s main organizer, “Liga Portuguesa de Futebol Profissional”, is not new.  Bwin sponsored the 16-club first division, “Primeria Liga”, between 2005 and 2008, during which time they worked closely with the league and since which time they retained their official sponsor title.

Bwincup will be bwin’s new website, presented on the website Taca da Liga. Their current online sportbook in Portugal, even as the event occurs, was developed in-house. Bwin.com will carry televised matches beyond Portugal.

Manfred Bodner, a co-chief executive of bwin, asserted a close relationship between the sports clubs and the wagering operator ensures honesty of both games and amusement for both athletes and fans. This is not bwin’s only football sponsorship. They also have a deal to sponsor Spain’s Real Madrid Football Club.

Bwin Interactive Entertainment is a public company with a strong international presence, offering internet betting in Portugal and around the world. Since 2000, it has been listed on the Vienna Stock exchange.