Online Gambling in Malaysia Most Popular in Sarawak 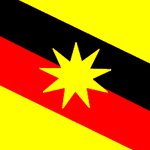 With little exception, gambling is forbidden for Malaysia’s Muslim majority. Minister Vivian Balakrishnan, asserts “When the government decided to allow casinos […] we made it clear that the casinos were primarily to attract additional tourists from abroad.” As such, instead of the government earning 3 billion ringgit ($940 million) through taxes, illegal sports betting collects an estimated RM20 billion each year.

No known attempts have been made to study the correlation between entertainment-starved would-be gamblers and active internet users, however ComScore’s data has demonstrated, of all online Malaysians, 54.4% are located with Negeri Sembilan, Selangor, and Kuala Lumpur, which are collectively considered the “Malaysia’s central region”. This audience accounts for 51.3% of page consumption and 52.6% of online time consumption.

No surprisingly, internet consumer trends vary considerably according to region. Online gambling sites in Malaysia has proven been most popular in the Sarawak region, where visitors are 48 more likely to visit. Sarawak stands out from other Barisan Nasional and even other Malaysian states in that the regional government disapproves the federal government’s moves to legalize sports betting. The Chief Minister Taib Mahmud is adamant that there will be no new gaming outlets approved, a policy also seen in Pakatan Rakyat-let Penang and Selangor. Despite this law, internet based “telelink” outlets are often used by players to bet on sports in Malaysia. Though Chief Minister Taib Mahmud insists these are unlawful, he admits internet gambling in Malaysia is difficult to control.

Joe Nguyen, comScore’s Southeast-Asia vice-president explains that segmenting internet consumers by geographic regions gives the industry increased audience granularity. Nguyen assets, “Often regions within Malaysia vary dramatically in their demographic composition and online behaviors, including content consumption and brand loyalty, making regional audience metrics an important part of media planners’ toolkits.” No suggestions were made that this segmentation could or would be made to control internet gambling.