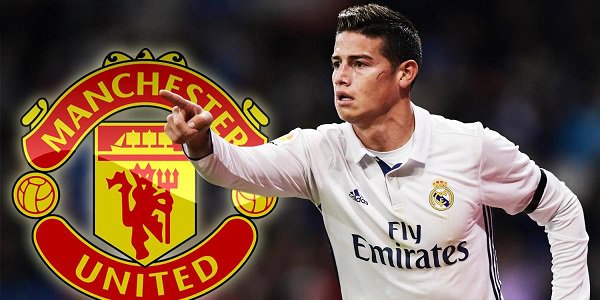 Are you interested in who will join the best clubs in England? Check out our collection of the latest Premier League transfer rumours!

Online betting news in the UK can never stop writing about the most interesting Premier League transfer rumours as soon as the season ends. It’s the same this year as well, and in fact we can expect the biggest English clubs to be extremely active on the market this summer as they are about to strengthen their squads in hopes of being able to perform in the highest level once again.

But which teams will sign the best players and which stars will join the Premier League? That is what we are trying to detect upon examining the most interesting Premier League transfer rumours. Who will join Mourinho’s Red Army? Will Wenger finally sign a star or is he still keen on buying kids? Let’s learn more about the odds!

José Mourinho’s Red Army just won the Treble. Of course it wasn’t the classic Premier League, FA Cup & Champions League kind of Treble: it was the Community Shield, League Cup & Europa League kind of Treble, but still a Treble. However, their latest trophy earns them the right to run in next season’s Champions League, which means Mourinho will seek to strengthen his team.

However, he might be losing his best player, David De Gea, who is close to signing for Real Madrid. Should that happen, he would need to find a replacement goalkeeper as well, which would not be an easy task for sure. But the goal is not the priority as of today: Mourinho is looking for a top striker as well as a top attacking midfielder.

They were hoping to capture Atletico’s Griezmann, but Atletico’s transfer ban forced the Frenchman to stay at the Rojiblancos. Real Madrid’s Alvaro Morata could be the solution, who is looking for a way out. The odds for Morata joining Man United are 2.00 (1/1) at Paddy Power.

James Rodriguez is another player likely to leave Real Madrid as he hasn’t received enough playing time. Real Madrid would expect around €70 million for the Spaniard and €80 million for the Colombian, however, one of them might be included in a possible De Gea deal. Online sportsbooks are looking forward to another Real Madrid – Manchester United transfer saga this summer!

Arsenal have officially announced to renew Arsene Wenger’s contract for further 2 years. That means, they are completely satisfied with not being a serious European football team and not buying serious football players into their non-serious football team. When that happens, you shouldn’t be surprised if your best players wish to leave your team.

That’s what makes it a safe bet to expect Alexis Sanchez to leave Arsenal. Online sportsbooks in the UK are already guessing his new club: Bayern Munich is the most likely candidate with 2.25 (5/4) odds at 32Red. However, Wenger is said to be wanting to replace him with AS Monaco’s Kylian Mbappé, the biggest talent of this season’s Champions League. Good luck for Arsenal and for a GBP 100 million deal!

However, Monaco’s talented French striker is not the only candidate on Wenger’s wish list. He is also said to be wanting Leicester City’s Mahrez. The odds for Mahrez joining Arsenal are 2.50 (3/2) at BetVictor. But should the Algerian talent leave Leicester City for the sake of joining Arsenal? Well…