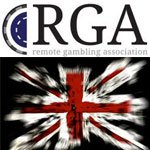 The Remote Gambling Association (RGA) has released a study by KPMG that pours doubts upon the government’s planned changes to UK gambling laws. The report suggests that the current proposals for a 15% point of consumption tax could result in companies going out of business.

The big gambling news that came out of the UK a couple of weeks ago suggested the 15% point of consumption tax would come into force, enabling the government to collect revenue from offshore companies. This provoked outrage from some, such as Gibraltar based William Hill. As such, the RGA commissioned KPMG to look into the planned tax.

The study was intended to look into the merits of the tax, the impacts of the tax, and to make recommendations for an appropriate figure. As such, the results suggested a maximum 10% gross profits tax, with allowances made for costs involved in bonuses and promotions.

Of course, online and mobile casinos have taken off in the UK in recent times, with a number of new providers on the scene, most of which are based in Gibraltar or the Isle of Man. This gives them some tax immunity against the UK government, immunity that would be eroded by this point of consumption tax.

Chief Executive of the RGA, Clive Hawkswood, said on the plans: “It is vitally important that the Government does not repeat past mistakes. It needs instead to set rates of remote gaming and betting taxation that give operators a realistic chance of being competitive in what is an inherently international market.”

He continued: “We argue strongly that any rate above 10% GPT is not sustainable in what is a very mature market where consumers already know what level of value and choice to expect.”

With pressure from the RGA, the government may choose to change the legislation, but whatever the outcome, this is a time of massive change in the world of online and mobile gambling.