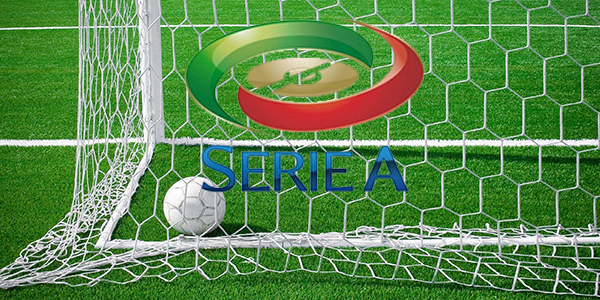 We’ll take a look at some other matches that will be played in Serie A’s Round 20 and from which punters can earn a great deal of money by placing the right bets.

After going over some of the games that will be played in the Italian top flight this weekend, we are ready to offer Part II of the Serie A betting preview which will feature some additional matches to consider when placing wagers. According to Italian gambling news, punters have a chance to seal some big wins thanks to the odds offered by Bet365 sportsbook.

Sampdoria and Palermo will face off in Genoa while Hallas Verona will host Atalanta where they will be looking to create some distance between them and the visiting side. Fiorentina will take a difficult test against As Roma and Napoli will have an opportunity to build on their standing against Genoa.

Sampdoria vs Palermo and Verona vs Atalanta

Sampdoria sit 4th in the table with 33 points from 19 games. They haven’t always utilized their greatest skills and advantages by playing on home field which has resulted in 5 wins, bus also 4 draws. Considering that they are familiar with their own ground they should have been more successful in sealing wins and not blundering games on draws.

Their next opponents are Palermo, a team that is currently in the middle of the table (10th position) with 26 points. Luckily for the Genoa based side, the visiting team does not hold strong results while playing on the road (1 win, 4 draws and 4 losses). That is why Bet365 has ranked them as underdogs 3.80 (14/5) for this game and the reason why Sampdoria are favorites 2.00 (1/1). A tie has been set at 3.30 (23/10), and judging by recent results this vent may be very possible.

Hallas Verona find themselves in 14th position with only 21 point so far this season and they have disappointed on several occasions when they have played at home. They maintain a record of 3 wins, 2 draws and 4 losses at home and have therefore been given preferential odds 2.40 (7/5) by Bet365 as they prepare to face Atlanta.

The visitors have been given unfavorable chances 3.00 (2/1) mainly due to their bad away record which consist of 2 wins, 4 draws and 4 losses. Their home and away results have led them to clinch 15th spot in Serie A which puts them one place behind Verona. Online sportsbooks in Italy don’t believe that a draw is likely 3.20 (11/5), considering their respective standings.

Fiorentina vs Roma and Napoli vs Genoa

Fiorentina were able to make so progress during this season which has seen them now occupy 6th place in the league with a home record of 3 wins, 4 draws and 2 losses. These results are not quite commendable considering they will next play against AS Roma, a side that is 2nd on the table with a total of 41 points and maintain a decent away record (5 wins, 2 draws and 2 losses).

Judging by Bet365 odds for this encounter, the chances are somewhat equal for either team to seal a win. The hosts have been assigned better odds which stand at 2.50 (6/4), while AS Roma have been given underdog status 2.80 (9/5), although they will likely manage to pull off a win against Fiorentina considering their current fine form.

Genoa will travel to Napoli on Monday night however many football experts believe that the hosts will emerge as the victors. Genoa are located in 7th place with 28 points and boast an away record of 4 wins, 3 draws and 2 losses. Per Italian gambling laws, Bet365 offers them outsider odds to win 7.50 (13/2), while Napoli remain strong favorites.

A draw between the two has been set at 5.00 (4/1), however this event does not seem very probable. Napoli are 3th in the league right behind leaders Juventus and AS Roma with an overall point tally of 33. While playing at home they have notched 4 wins, 3 draws and 2 losses, and for this reason Bet365 has given them preferential odds 1.36 (4/11).