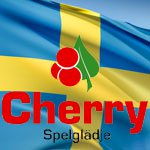 The CEO and President of the Swedish gaming company Cherryföretagen (Cherry), Gunnar Lind, has decided to step down. He informed the board about his decision and now awaits for the arrival of his successor to hand over the power. Until the board appoints the new CEO, Lind will remain in power to ensure a smooth transition.

Cherryföretagen operates in full compliance with Swedish gambling laws and began providing online gambling services in 2008. Lind has been with the company since the very beginning and was the driving force in making Cherry a major player in the online gambling market.

Lind worked hard to ensure that the company’s brand, PlayCherry, became the leading online casino in Sweden. Last year’s financial report indicated that PlayCherry was responsible for almost 40 percent of Cherryföretagen’s revenues with over SEK 133 million. Already in Q1 of this year, Cherry reached over SEK 48 million, more than a third of last year’s total.

Gunnar Lind had the following to say to Swedish gambling news: “With almost 5 years as CEO and president of Cherryföretagen behind me, I feel that the time has come to leave the post to a new leader.”

He continued: “It has been a challenging and exciting time, where the company has transformed from a mainly traditional actor on the gambling market to also become a major actor on the online market. Cherry is well equipped to take the next step on the market together with a new leader and to continue to create values for the company shareholders.”

The Swedish government has even considered IP blocking to prevent Swedes from accessing unlicensed foreign based online casinos in Sweden. EU has been pressuring Sweden to open up their market to foreign online casino operators and perhaps within two years we might see a more liberalized Swedish online gambling market.