The Aussie’s Guide to Gambling Online 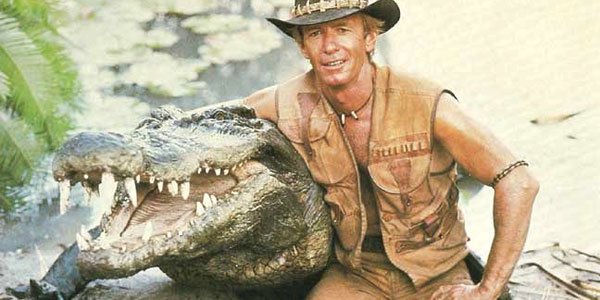 The portrait of a typical Australian gambler, built from commonly known stereotypes.

There are a lot of stereotypes associated with Australians, including some that have to do with fashion, food, language, the unique animals living on the continent or personal traits that Aussies might have.

While most of these are probably not true, it is a proven fact that gambling is very popular throughout the country. In fact, it has been for many years and statistics show that over 80% of the adults living here actually engage casino games, betting or other games of chance. This would place Australia in the leading position in worldwide gambling.

Now that we’ve established that Australians are huge fans of the industry, let’s try to imagine what the stereotypical player who engages in internet gambling in Australia would look like. Here is a possible scenario:

First of all, if we were to believe all these “legends” ever invented about Australians, they wouldn’t be gambling online in the first place, as many people think that the country is nothing but a giant desert, with no electricity.

One of the most common stereotypes is that Australians wear bikinis, singlets, thongs and hats with corks hanging from the brim. Naturally, our typical Aussie gambler would also be playing on his mobile phone, while sunbathing. Whenever he’d get bored, he would just grab his surfboard and go for a ride on the waves.

But since the weather is so unpredictable in Australia, he might as well be at home, in front of his computer, sipping on a can of Fosters lager. Meanwhile, his beautiful wife (some say Australian women are “ungodly beautiful”!) would be “putting a shrimp on the barbie”.

Another common stereotype is that Australians dislike authority and don’t trust politicians. It’s politicians who decided that online casinos should be restricted under Australian gambling laws, while lottery games and sports betting are perfectly legal. This could mean that a stereotypical Aussie gambler would choose to spend his money at foreign-based online casinos, which are not blocked, but not quite supported by law either.

It’s not just politicians they hate. People say that Australians often show disdain for intellectuals as well. So you would never catch our typical local gambler playing poker (or worse – chess!), which is considered a game of skill. He’d more likely be playing something easy, like roulette or slots. After all, he would not want to be pegged as arrogant or suffering from the “tall poppy syndrome”.

Since we’re talking about online gambling accounts, the perfect “screen name” for an Aussie player would be… Crocodile Dundee!

Betting is legal in Australia and locals love wagering on sports. In a stereotypical world, their national sports would be kangaroo racing, throwing boomerangs and crocodile wrestling.

Finally, when an Aussie gambler wins, the first thing he would probably do is to phone his “mate” and give him the good news. Of course, he would make sure that it doesn’t look like he is bragging about winning. After all, they say that Australians often downplay their success, in order to avoid coming off as achievement-oriented.

In the end, whether he wins or loses, all will be fine with our Aussie gambler. People who have traveled to the land Down Under say that Australians are quite relaxed and very friendly, so our winner would probably use all of his earnings to put together a huge barbecue party for all his mates.