The Best Place to Bet on Wimbledon Live in 2017 is Paddy Power!

News >The Best Place to Bet on Wimbledon Live in 2017 is Paddy Power! 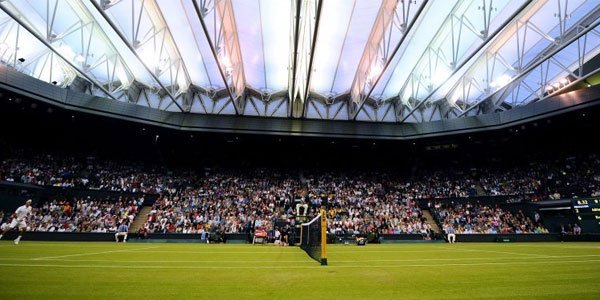 The biggest tennis tournament of the year has officially begun, and those looking to bet on Wimbledon live in 2017 should head to Paddy Power!

Wimbledon is widely considered to be the most prestigious tennis tournament in the world. The 131st edition of Wimbledon begins on July 3rd, and tennis fans in the UK have a great opportunity to bet on all the matches.

Nearly all online sportsbooks in the UK offer the opportunity to make pre-match bets on Wimbledon this year, but the best place to bet on Wimbledon live in 2017 is without a doubt Paddy Power.

With this amazing UK sports betting site, you can both watch and place bets on Wimbledon as the games unfold. This offers members a great chance to cash out. Let’s take a look at one bet that you can make right now.

Bet on the Wimbledon finals live

The finals of Wimbledon 2017 will take place on July 16th. Paddy Power members can already place their pre-match bet on who makes UK gambling news this year with a win, but betting on the Wimbledon finals live might be your best option.

At the moment, it’s anyone’s guess who will be playing in the finals in the men’s division. Roger Federer is the betting favorite to win at the moment with odds of 2/1. Rafael Nadal is another great betting option with odds of 4/1. Want to go with an underdog? Marin Cilic has a real shot at pulling off the upset, and has odds of 16/1 to win.

Anyone looking to bet on Wimbledon live in 2017 should head to Paddy Power. Here you’ll find a huge list of great Wimbledon betting odds, as well as a full list of other 2017 tennis betting odds. Tell us who you think wins in the comment section below!