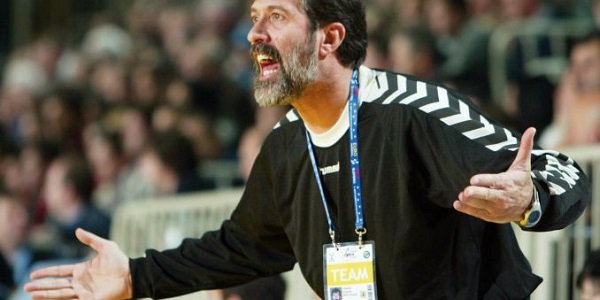 GamingZion presents Veselin Vujovic, a player whose career left deep traits in the development and the popularity of handball.

He is controversial, can be rude, and sometimes even violent on the handball courts. However there is one thing that is a constant in the character of Veselin Vujovic:

his excessive passion for handball. The legend of the Yugoslavian and world handball is considered according many handball experts to be the most talented handball player that has ever played the sport, gambling news reports. This GamingZion article of the “Brightest stars in handball history” series is dedicated to him, the famous “la barba”, the man that revolutionized world handball.

Born in January 19, 1961 in Cetinje, Vujovic started his early career in SR Monetenegro. However he didn’t need much time become a starter in some of the greatest teams in World Handball. With only 19 years he joined the team of Metaloplastika from Sabac and started making history. On first sight there is nothing special about him: a very tall (196 cm) slim guy with beard. No muscles, no physique, nothing. But the game starts you see everything that the first glance didn’t caught. A technique of playing with the ball like no one else, incredible jump, and chirurgical precision in the shoot from the 9 meters line. Beside his amazing ability to control all the aspects of the offensive game he was also an incredible defender. This is the reason why many people consider him to be the most complete player ever. When one combines all these characteristics in one player the result is the unstoppable Veselin Vujovic: the handball king of the 80’s.

As online sportsbooks in the EU report, soon after his first matches in Metaloplastika his performances became widely known all over Europe. Everybody was talking about the wonder from Sabac and in Yugoslavia he started gaining already status of one of the greatest handball players of his generation. And his generation was one that shook the world handball for a decade. Veselin Vukovic, Mile Isakovic, Mirko Basic, Zlatko Portner were just one of the names that together with Vujovic made history in the world handball. The final result of this magnificent collective is well known: 7 Yugoslavian leagues, 6 national cups, 2 European Champions leagues (or former European Cups) in 1985 and 1986.

In the eighties he was the undisputed best in the game

In the 80’s Vujovic was without any competition the most desired player in every European handball squad. He became a synonym for handball world class player, especially after the golds won with Yugoslavia on the Olympic Games in Los Angeles in 1984 and the World Championship in Switzerland in 1986. The myth about him as the most decisive player that can alone win titles took worldwide dimension. After he announced his departure from Metaloplastika, Atletico Madrid and Barcelona started a real battle for bringing him in their squads. The Catalans succeeded in the end. He signed a contract with Barcelona for 10 million pesetas in 1988, the same year for which he also won the first IHF Handball Player of the Year award.

After more than 20 years, on April 18, 2015 Vujovic came back again to Barcelona, this time as a coach of the team of RK Zagreb, on a Champions League match. The whole Palau was hooting the players of Zagreb before the start of the match, but when the speaker pronounced the name of Veselin Vujovic every single person in the hall stood up and greet with ovation and applauses the legend. Nobody can forget that it was Veselin Vujovic who brought the glory in what will become the most successful handball club in the history.

As online gambling sites in the EU emphasize under the leadership of Vujovic, Barcelona won 4 Leagues, 1 Cup and of course the first title European Champions in 1990-91. That is the moment when the history of the club was changed. Nowadays, Barcelona has 9 European champions’ titles, more than any team in the history of the sport. In 1993 after a knee injury in his last season in Barcelona, he could not come back in the form we used to know him. The next season he moved to Granollers with whom he won the EHF Cup in 1995. In 1996 he retired and started immediately his coaching career.

This coach is obviously very passionate about his team

Many other things about can be said about this legend. He is definitely one of “though guys” in handball, being probably punished more than any player in the history. Unsportsmanlike conduct, fights with opponent’s coaches, referees, players, match secretaries. Off field conflicts with the police and many more. However the charisma of Veselin Vujovic is something that was inseparable from him as a player and is even more stressed now when he is a coach. Wherever he goes he is received with ovations, especially in his former coaching club RK Vardar Skopje where he established a special relation with the fans of the team.

In many interviews, sports journalists were making comparisons between him and Ivano Balic and were asking for his opinion about the Croatian star, who was proclaimed by the IHF to be the best handball player of all time. Vujovic once responded: “we are different types of players. For me Mercedes is the best auto in the world, and Balic and I were the Mercedes’s of different generations. Of course the model from 30 years ago and the one from today are impossible to compare. So no big words are needed. Just place everybody in their own time.”