As the world’s most populous Muslim country with roughly 90% of its 273 million residents practicing Islam, it’s no accident that Indonesian 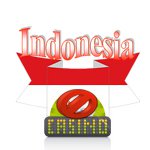 As the world’s most populous Muslim country with roughly 90% of its 273 million residents practicing Islam, it’s no accident that Indonesian gambling law is in direct compliance with Islamic Law. According to Islamic law and the Sharia, gambling is a forbidden act.

If Indonesians are caught gambling in any form, the act is punishable by law. Some would argue that this principle is taken to a sort of extreme. Right now in Indonesia, there are four men that would undoubtedly agree.
Recently, four men were caught playing dominoes for money in a small village café in Indonesia. The men were reportedly playing for a total of 1,000 rupia ($0.10) per game. The men were quickly convicted and taken to the public order and Sharia police headquarters together with 100,000 rupiah ($11) and a pack of dominoes as evidence.
All four of the men involved were sentenced to a public beating of six lashes each in front of a local mosque. One of the men was indeed lashed. The other three claimed to need to use the bathroom and escaped imprisonment and the public lashing. In the event that they are found, they are bound to be punished accordingly.
Being that this is the reaction that any gambler will encounter after being caught in public, it is highly advised that those who feel the need to gamble embrace internet gambling in Indonesia. In this way, run-ins with the law may be avoided.
Locals can play at online casinos in Indonesia whenever they choose. This is due to the fact that the internet casinos available for use in the country are actually stationed abroad in countries where gambling is legal, and are therefore outside of the Indonesian government’s jurisdiction. The laws are not likely to change any time in the near future, so online casinos are the best bet for those who wish to gamble in Indonesia.